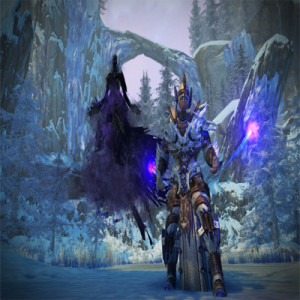 Neverwinter: Elemental Evil will bring an increase to the level cap, the Oathbound Paladin playable class and new adventure zones. Adventurers will also gain access to four end-game campaigns and additional in-game dungeons for veteran Xbox One players looking to collect more loot as they adventure through the Forgotten Realms. In addition to new content, this update will also continue to bring quality-of-life improvements to the constantly evolving MMORPG.

Neverwinter is a free-to-play action MMORPG that features fast-paced combat and epic dungeons. Players explore the vast city of Neverwinter and its surrounding countryside, learning the vivid history of the iconic city in the Forgotten Realms and battling its many enemies. Neverwinter is currently available on Windows PC and digitally for Xbox One, available free-to-play with Gold from the Xbox Games Store.