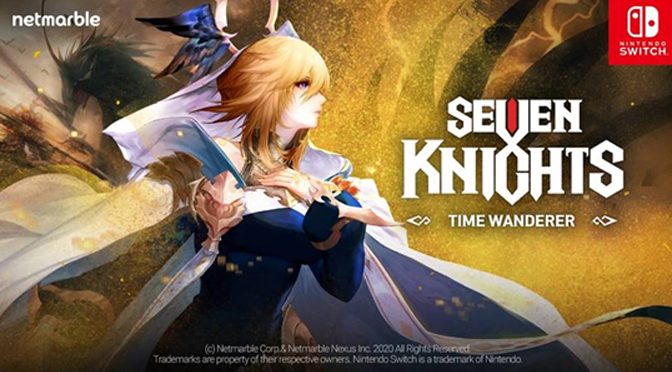 The new website will detail key information on the history of the Seven Knights brand, key features of the console release, and detailed listings of key characters and associated voice actors included in Seven Knights – Time Wanderer –. As part of the new website launch, an all-new trailer and in-game screenshots of the game, digital comics and beautiful soundtracks are also available to enjoy, and all these original assets will be revealed on a weekly basis until the game’s official launch.

Seven Knights – Time Wanderer – is a visually stunning, real-time and turn-based RPG based on Seven Knights Mobile, which features all-new control and battle systems as well as game content optimized for the console platform. Unlike the mobile version, this is a single-player RPG based on a limited story, players can collect new characters as they progress through their journey, without gacha.

Seven Knights – Time Wanderer – focuses on the story of the eighth member of the Seven Knights, Vanessa, and her ultimate magical equipment, a sentient hourglass known as Sandy, as she embarks on a journey to return safely home after falling into the twists of space and time.

The original version of Seven Knights has been available in over 150 countries worldwide since its first launch in March 2014, on both the App Store and Google Play, and has achieved 60 million cumulative download across the globe over six years. A turn-based mobile RPG enjoying great popularity worldwide, Seven Knights offers the fun of collecting and fostering nearly 700 kinds of characters with intense turn-based battles.

Seven Knights – Time Wanderer – will be released worldwide as a digital package through the Nintendo eShop in each region.