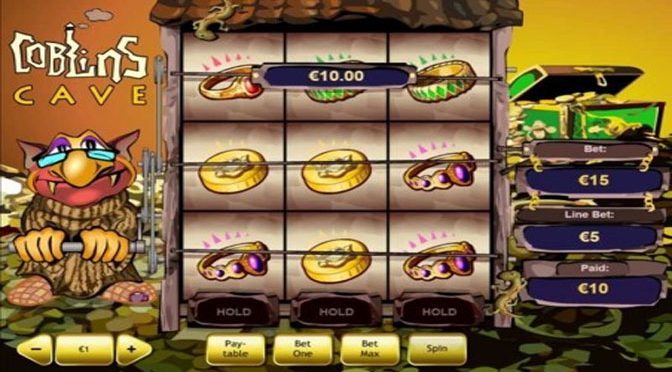 On the surface, many online slots look beautiful and mobile-friendly. Some of them feature high payout rates, bonus rounds, jackpots and scatters. But truth be told, you can’t know how great a game is unless you play it.

Or maybe you can. One of the best ways to find exciting real money slots is to play top-rated slots. In this guide, we’ll take a look at the most popular online slots over time. That way, you’ll have an idea of the games people love to play.

Do you love online slots because you’ve heard people win millions playing these games? You’ll love Mega Moolah, a progressive jackpot game by Microgaming. Established in 2006, Mega Moolah has paid out over $1.5 billion to dozens of winners in the past 15 years.

The luckiest Mega Moolah players have walked away with more than $10M each. Take Britain’s Jon Heywood as an example. He won €18M playing the game with 25-cent bets in 2015.

Like many casino games, Mega Moolah is a game of luck. All you need is to place a bet and hit the reels. You can bet from $0.25 to $6.25. You can trigger wilds and scatters to win free spins or small real money wins.

But the big wins come in qualifying for the bonus game. Here, you get a chance to spin a jackpot wheel that determines whether you win the mini, minor, major or mega jackpot.

Many online slot players have played Mega Joker at least once. It launched in 2011, so it’s been around for a while. But that’s not the reason it’s popular. It has a Return to Player (RTP) of 99%, making it one of the best slots out there.

For comparison, Mega Moolah has an 88% RTP. If you’re looking for a game that can pay you regularly, Mega Joker is the slot to play. The game features a 3×3 format and accepts bet amounts of between $1 and $10.

Mega Joker’s highlight is a mystery reward feature triggered when the Joker symbol appears on the reels. It can help you win up to 2000x your stake. That said, Mega Joker was designed for players that cherish classic slot. As such, it lacks the bells and whistles available in newer video slots.

Starburst is an all-time fan favorite slot game by NetEnt. It first appeared in 2011 and rose to popularity instantly for several reasons. For starters, Starburst has a unique, beautiful design. You see, many slots in the 2000s were bland and unappealing.

Starburst grabbed people’s attention with its looks. It features a space theme with colorful gems you need to trigger to win real money. It has five reels, three rows and 10 paylines. You can bet as little as $0.10 to as much as $100.

The best part of playing Starburst is that it’s jam-packed with winning opportunities. You win by triggering orange, blue, green or yellow gems. You can also win by activating the 7 Sphere, the BAR Sphere or the wild, which can lead to a win of 20x your stake.

Players love Microgaming mainly due to its impressive hit rate. You don’t need to spend a lot of money to win something decent in the slot. The game’s minimum bet is $0.01 although this is bound to increase if you bet across multiple paylines.

Immortal Romance has 243 paylines. Experts recommend betting on multiple paylines to increase your chances of winning. However, keep in mind this also means you can lose a significant chunk of cash.

Some slots are so popular that casinos use them as magnets to attract new players. Gonzo’s Quest is a great example. Many casinos have free spins for first-time players. But you can only use your spins on Gonzo’s Quest.

So, what’s so great about Gonzo’s Quest? For starters, this game brought us the avalanche reels feature. For the uninitiated, the feature creates an explosion of winning symbols on the reels and replaces them with more winning symbols.

Think of Super Kills in Call of Duty. The only difference is that you don’t kill any enemies in Gonzo’s Quest. Instead, you win consistently after triggering the feature. Besides the avalanche feature, Gonzo’s Quest has wilds, scatters, multipliers and a small jackpot.

So far, the battle has been between NetEnt and Microgaming. But there are numerous developers with great games out there. Play’n GO is a good example. This Swedish developer owns one of the most popular slots of them past few years: Book of Dead.

The game is based on a fictional adventurer called Rich Wild. Rich has a mission to explore Egypt with the hopes of finding an ancient book with secrets about the dead. Help the man find this book and you’ll be in for a fun experience—and some great rewards.

Book of Dead has a minimum bet limit of $0.01. However, it’s difficult to win anything meaningful unless you expand your bet across multiple paylines. Betting big can also increase your chances of hitting the game’s 5000x jackpot.

Launched in 2013, Goblin’s Cave is a game reminiscent of a classic slot. It has three rows and three reels. You can bet between $0.15 and $75 and there’s a chance to win 150x your stake. In all fairness, that’s a pretty low maximum payout.

It’s probably the reason Goblin’s Cave lost its popularity after some time. The other explanation is that it’s not mobile supportive. However, for a slot with an RTP of 96%, it’s still worth giving a shot, especially if you love its spooky theme.