MARVEL Puzzle Quest is celebrating the fifth anniversary of their iconic twist on a classic character – Peggy Carter as Captain America.

To kick things off, MARVEL Puzzle Quest publisher D3 Go! today announced “The Puzzle Quest” – which takes everyone’s favorite Match 3 Hero RPG into the real world with a total of four challenging clues. Join the search for a chance to win prizes in MARVEL Puzzle Quest and learn about all the fun goodies D3 Go! has in store for Peggy Carter fans in the next couple of weeks and beyond. 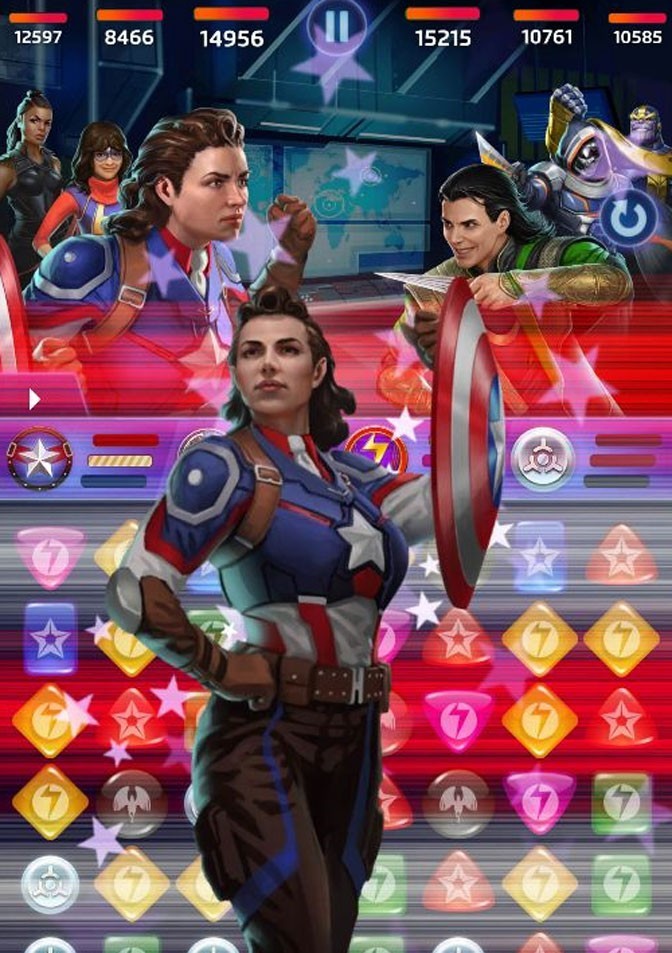 “Five years ago, we felt that Peggy Carter’s bravery and undying love for her adopted country deserved some recognition. It’s what prompted us to come up with a unique take on Captain America – having Peggy Carter don the shield for the first time! We’re beyond thrilled to be celebrating her anniversary this July. To mark the occasion, D3 Go! came up with ‘The Puzzle Quest’ – a massive hunt across all MARVEL Puzzle Quest-related media. We feel it’s the perfect way to honor Peggy as Captain America and introduce her to new fans!” – Josh Austin (Head of Production, D3 Go!)