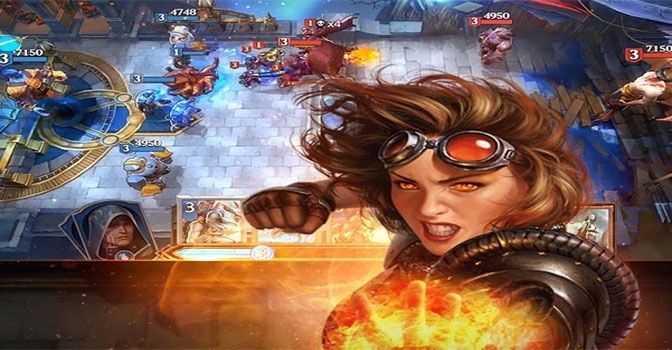 Editor’s Note: Check out our full review of Magic: ManaStrike!

As part of Ikoria II season, a new Magic Pass exclusive skin for Blue/Black Planeswalker Tezzeret is now available. The new skin is inspired by Tezzeret the Schemer in Magic: The Gathering. Other rewards for Magic Pass Ikoria II season include: a Level Boost Voucher, a Skin selector, an Emoji and a new Player icon.

Other additions to Magic: ManaStrike as part of the new update include:

Magic: ManaStrike takes the excitement of Magic: The Gathering’s vast lore in a whole new direction with a fast-paced PVP strategy game. After losing a war with the Planeswalkers, Magic: The Gathering’s most powerful villain Nicol Bolas creates a parallel universe to find the Planeswalkers’ weaknesses. Players enter a contract with Nicol Bolas to provide combat data by controlling Planeswalkers and units in his universe. Fast-paced and easy to learn, fans can experience dynamic real-time battles with anyone from around the world in three-minute matches. During battle, players will be able to summon units, cast spells, and command powerful Planeswalkers with simple tap and drag gameplay and iconic Magic: The Gathering cards re-envisioned through high-quality 3D. By collecting new cards from Magic’s five unique Mana colors – White, Blue, Black, Red and Green, players will learn to understand each color’s traits, and create unique strategies that lead the way to victory.