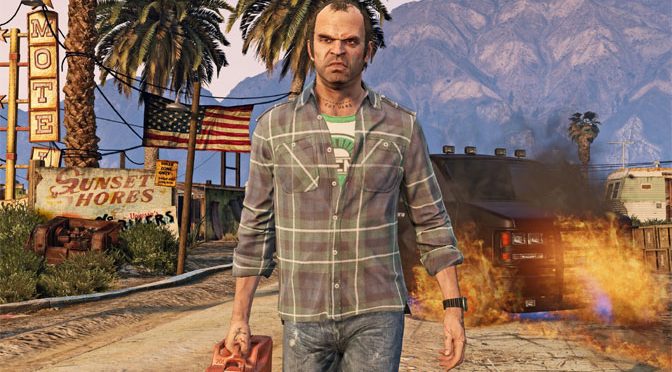 Grand Theft Auto (GTA) has long been dismissed as a game full of mindless violence and inappropriate sexuality, but anyone who has actually spent time playing the game will tell you that it is much more nuanced and complex than it first appears. In amongst the gun battles and the drag races, you will find life lessons that you may not even be aware you’re learning. From the power of friendship to the best roulette strategy to use when you hit the casino, here are just some of the vital life lessons you’ll be learning when you play GTAV:

If you’re driving too fast and you jump the lights, it’s likely that you’ll crash your car. If you commit a burglary, or a robbery, it’s likely that you will be recognised by the victim, the police, or both, and that your actions will result in an arrest or worse. (For example, the more crimes you commit in the game, the more police cars will follow you, making your gameplay increasingly difficult).

Many people wrongly assume that GTAV encourages criminal pursuits. But in reality, whilst you’re more likely to ‘get away with murder’ in the game than you are in real life, as a general rule you will experience the consequences of your actions in GTAV and come to the conclusion that, for the vast majority of everyday people, crime doesn’t pay.

GTAV is one of the few mainstream games that incorporates real casino game play: if you head into the casino then you can try your hand at roulette or poker, without actually spending a penny. Some might say that (just like James Bond) this is glamourising gambling and violence but in reality, it is teaching you those casino gaming skills in a safe and risk-free environment. You can hone the best strategies for your favourite games, or simply better understand how to play, so that when you do enter a casino for the first time you’ll feel cool and confident: shaken, not stirred.

Grand Theft Auto is consistently one of the most popular games across all platforms, and for many players this has more to do about friendship than violence. GTAV unconsciously teaches us a lot about the power and importance of friendships in adulthood. The main characters in the game reality have always got each other’s backs: when one gets into a fight, his friends will stand up and support him. When another needs to rob a bank in order to pay off the kidnappers who took his family, his friends are by his side, no questions asked. Admittedly, these are extreme examples of what friendship means, but they do show that adult friendships are powerful, desirable, and that they shouldn’t be taken for granted.