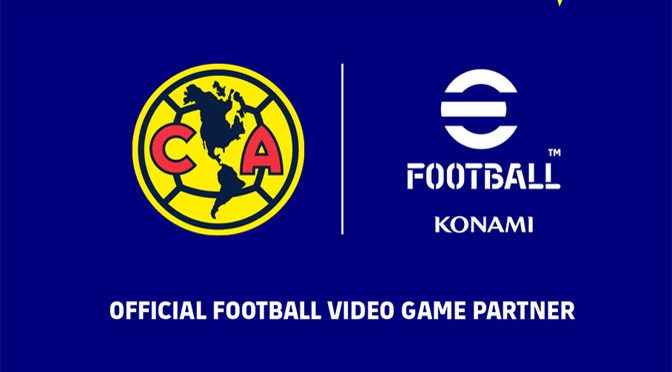 Konami Digital Entertainment, Inc. today announced its collaboration with Club América bringing Las Águilas and the developers of the eFootball video game series together in an exclusive video game partnership.

In addition to the Official Football Video Game Partner designation, KONAMI will also be the Official Football Video Game eSports Partner of Club América and add to the ecosystem of the sharply burgeoning scene in Mexico. Additionally, KONAMI will have rights to the uniform, names, physical likenesses of players and all other iconography associated with Club América for in-game and other promotional use. This allows KONAMI to use 3D scanning technology to bring stunning representations of each player and the home of Club América, Estadio Azteca to life in eFootball. Other marketing benefits include eFootball branding in Club América’s promotional spaces.

“We’re delighted to partner with a great video game developer such as KONAMI. Besides sharing the same vision and passion in this amazing sport, this solid eFootball franchise will help us expand our reach in the global football community” said Santiago Baños, president of Club América.

“Club América’s popularity in Mexico and the United States is unquestioned and we are proud to partner with one of the most successful clubs in the history of Mexico and Latin America,” said Yuta Kose, President, Konami Digital Entertainment Inc. “Our continued effort to provide football supporters in North America a fun and engaging experience with their favorite players is exemplified with this new partnership.”