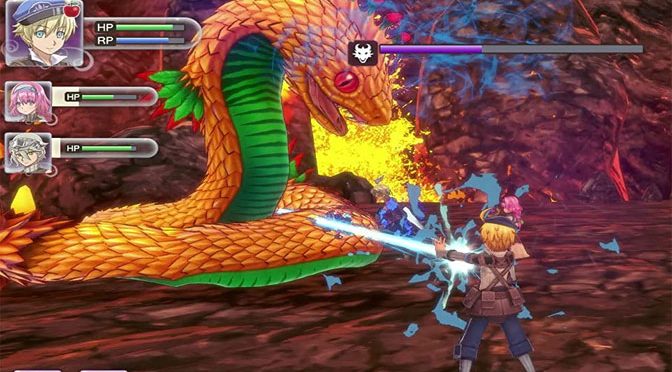 Ah yes, another Rune Factory game, and even more poorly explained amnesia. It’s basically a running joke in the community that almost every Rune Factory game begins with an amnesiac protagonist, and Rune Factory 5 is no different in this regard. You can pick the gender of the character you’d like to play, and within minutes you’ll be saving a young girl from monsters and getting yourself injured. With no memory of where you came from, you’ll be put to work by a special group called SEED, and you’ll be tilling fields to grow crops and beating up monsters to make the townspeople happy. 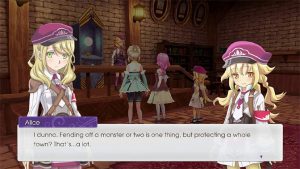 Rune Factory 5’s story beats largely follow the same ones as its predecessor, Rune Factory 4. It also borrows heavily from its previous iteration in that you can farm, craft, and fight monsters to earn riches when you’re not progressing the story forward. Farming is practically identical to Rune Factory 4 except that now it has a disorienting farm camera that I would recommend turning off immediately. For the most part, however, planting seeds, growing crops, and using those in recipes to sell will be your primary moneymaker, and you can increase the level, and even size, of your crops by using special fertilizers and an upgraded scythe to harvest.

Rune Factory 5 largely keeps the combat from 4 Special intact, so you can swing your chosen weapon to deal damaging combos that expand the higher your weapon level reaches and use a dash attack to get out of harm’s way. It’s not Devil May Cry levels of deep, but you can mostly get a feel for how combat functions quickly, and casting spells or using dual blades should be fairly intuitive for most players. While progressing the story, you’ll be engaging with the combat a lot. Of course, if you elect not to participate in combat, you can pretend this is a budget Pokemon game by capturing and befriending monsters to fight for you. You could also fully gear villagers to beat enemies for you, as well. 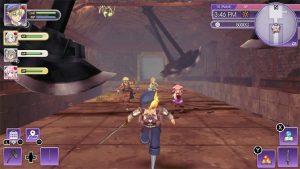 It’s a strange amount of flexibility that Rune Factory affords, because you can engage with all of its systems, or only one of them, if that’s your preference. I prefer crafting really powerful weapons so I could cast magic spells to clear out rooms of enemies with ease, and I earned money by taking high-value boss items and selling them in expensive goods, but a friend actually just enjoyed the farming and crafting aspects so they just used NPCs and monsters to kill enemies for them after kitting them out with high attack and defense gear (though at one point of the game, he did have to fight alone due to story reasons- so it is wise to prep your own gear when you can).

An important thing to note in Rune Factory 5 is the performance. In a word, it’s bad. The game will stutter for seconds at a time when entering or leaving buildings, load times are outrageously long (there are multiple long loading screens during the game’s ending. That’s absurd, given that it’s all dialogue scenes). One of the greatest things about Rune Factory is that you can get friendly villagers and monsters to come fight with in dungeons and fields, but doing so in 5 felt like it actually took away from the combat, because multiple, larger monsters fighting alongside you only made the frame drops worse, not to mention the fact that bringing large boss monsters along to help fight would frequently obscure the camera so I couldn’t even see what I was doing, so I avoided taking any help for basically the entire game. It’s always nice to see what you’re stabbing, you know how it is. 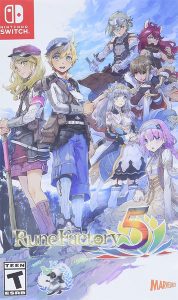 Thankfully, even with the performance issues, players having difficulty timing dodges can still use the crafting system that is largely the same as Rune Factory 4’s. You can craft weapons, armor, accessories, healing items, food, pretty much anything you can find in the game, you can also make yourself. To add to this, if your skill is high enough you will make whatever the item is better by doing it yourself. Once your crafting or forging skill hits level 50, you’ll be able to force weapons and armor to inherit the properties of what you upgrade them with, so you can grant a sword life steal on hit, boost item drop rate, or just dramatically boost the stats of the weapon or armor!

A great thing about the Rune Factory games, especially 4 and 5, is that everything has a skill that can be leveled up, and in leveling skills like eating, sleeping, forging, or cooking, you’ll also be boosting the stats of your main protagonist. If you run into a boss that’s too difficult for you, you only need to spend a few days learning recipes and forging new weapons or armor in order to overcome it. You could also reach a high level of forging by the end of Act 1, make a weapon with over 700 attack, and faceroll the majority of the rest of the game- the inherent flexibility is what makes these games so fun and accessible to a lot of people. 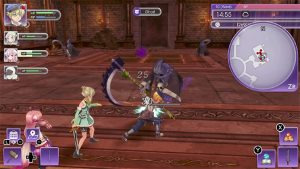 So the crafting and combat systems are similar to Rune Factory 4, but there have also been a huge number of quality of life changes in this fifth entry. Using your map, you can fast travel to any location you’ve visited previously- this includes specific floors of dungeons, which makes grinding out specific materials or farming boss items substantially easier. You can pick up multiple items of the same type at a time by holding down the A button, which makes gathering much faster, and putting items away is also quicker because all of your storage containers are connected, now. Villager locations are also shown on your map, which means finding specific characters to give them items to increase their affection rating is much easier too!

One weird step backwards, however, is in Rune Factory 5’s dialogue. Characters will comment on things that occur throughout the story, but when it comes to things not directly related to the plot, a ton of dialogue seems bugged. There’s less villager dialogue compared to Rune Factory 4, and a lot of it is gated behind affection tiers, and once you make their affection reach higher values, the villager characters will sometimes interject somewhat flirtatious comments. They will do this even if you’re married to a completely different character- they will use inappropriately amorous dialogue even in front of your spouse. 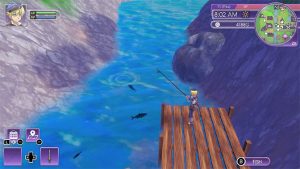 Sometimes, your player character will completely reciprocate the random villager’s love proposals even when your spouse is pregnant and in the same room. It’s just strange, as if they had lines of text being called by the game’s script, but the game exclusively responds with the dating dialogue just because you’re good enough friends with them. If you ever wanted to have an entire village of people after you at once, apparently Rune Factory 5 is the ultimate harem game. Most likely this is just a bug, but it’s a very strange one and I want a restraining order against Cecil. That’s all.

One interesting note, likely a detractor for the prudes, is that Rune Factory 5 has same-sex romantic options now. It was added in after the game’s release in Japan, which could be why some bachelor dialogue comes out when it isn’t exactly appropriate (such as Cecil’s, mentioned previously). 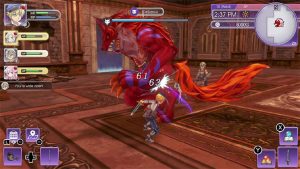 To make matters worse, though, the characters don’t really talk to each other. Characters in Rune Factory 4 would actually talk to one another, but that happens rarely in 5 unless all characters of a specific group are collected together, such as on festival days. Characters will sit across from one another, eating dinner, but will say nothing to each other. There don’t seem to be any group conversations in 5 at all until you manage to unlock all characters, which happens a bit of the way through act 2 out of 3, so you’ll spend a pretty significant chunk of game time with characters who interact with you and… nobody else. It’s a stark step backwards from the last game, which is a shame.

There’s a lot to enjoy in Rune Factory 5 even with the above issues, however, that’s just how fun the crafting and development systems in the game are. The days are quite long, which gives you a ton of time to fish, craft, battle, and farm. The new characters are quite endearing, and moving on to the next major story event isn’t RNG like it was in Rune Factory 4, which is a fantastic change for the better. Clearing the main story will probably take between 50-60 hours if you don’t rush, but even after clearing the story, there will still be tons of side quests to clear or characters to romance. 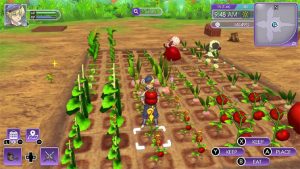