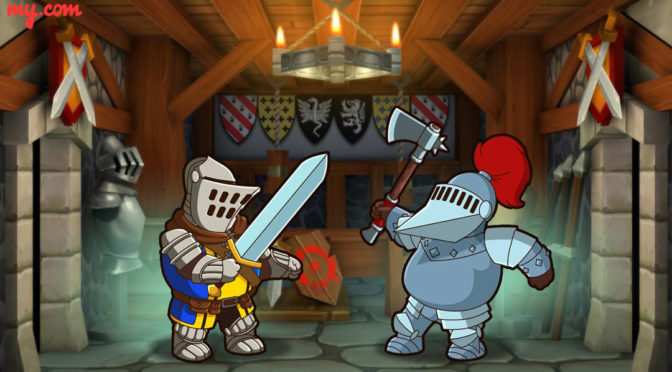 The creators of mobile hits Jungle Heat and Iron Desert, let players become the lord and master of their own medieval castle!

Global publisher My.com and hit developer Studio Nord are excited to announce the global launch of the kingdom simulator Hustle Castle in the App Store and Google Play. This unique strategy game turns players into medieval warlords with control over their own castles, dozens of servants and the war plans against rivaling monarchs.

Any king’s greatest possession is his castle. In Hustle Castle, players can challenge the laws of physics by constructing a massive tower bursting with feudal upgrades: from blazing forges to volatile alchemy labs. Put your loyal subjects to work, train them to be masters of their crafts, create weapons and armor — and one day they will fill your coffers with gold! On the way, they’ll learn to hammer out legendary weapons, discover the secrets of ancient magic and produce enough offspring to populate your armies! It’s your castle and your people: become the wise ruler of your own unique fortress!

The full-fledged story campaign will put the player on a king’s journey beginning with small skirmishes against goblins and escalating into all-out war with evil itself. In the times of war, every subject will be able to prove their worth to their ruler by choosing between three classic specializations: a mage, an archer and a fighter. Every battle is one of a kind, and quick thinking is required on the lord’s behalf to find a suitable squad and equip them properly for the small challenges as well as the giant boss fights. Raise your armed forces correctly, and they will not only protect your castle from enemy attacks, but also clear your lands from the henchmen of the Lord of the Abyss.

And when the ancient Evil is no more, it’s time for plunder! From the building of defenses for your own treasury to raiding enemy castles, the game provides a continuous flow of useful upgrades, such as a clan system and an advanced trading mechanic, to ensure the kingdom’s growth always remains prosperous. All of this (and much more!) is awaiting the rulers in Hustle Castle!