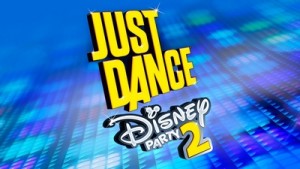 Today, Ubisoft and Disney Interactive announced that Just Dance: Disney Party 2, the second Disney title from the best-selling music video game franchise of all time, will be available on October 20, 2015 in the US and October 22 in EMEA (October 23 in the UK) for Xbox One, Xbox 360, Wii and Wii U. The game will feature more than 20 of the hottest songs from popular Disney Channel movies like “Descendants” and “Teen Beach 2” as well as shows like “Girl Meets World,” “K.C. Undercover” and “Liv and Maddie.”

“Some of our most passionate fans are also avid fans of the Disney Channel, so we wanted to deliver a tracklist that fuses Just Dance with Disney Channel music,” said Tony Key, senior vice president of sales and marketing at Ubisoft. “With Just Dance: Disney Party 2, our development team worked closely with Disney to create gameplay that is true to the shows and movies our fans love to watch on TV.”

Just Dance: Disney Party 2 features hit tracks from the most popular shows and movies from Disney Channel, the #1 cable TV network on a Total Day basis in Total Viewers and the #1 TV network for kids and tweens. The Just Dance development team collaborated with Disney Interactive and Disney Channel to incorporate character looks into the game, so fans can enjoy gameplay that is true to some of their favorite shows and movies.