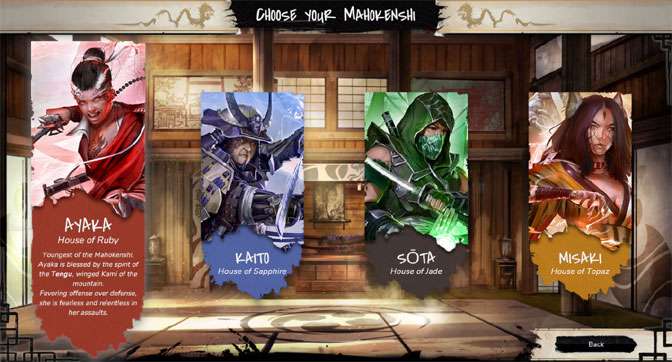 Publisher Iceberg Interactive and Developer Game Source Studio have announced that a free PC demo for Japan-inspired deck-building strategy game Mahokenshi will debut tomorrow as part of the TactiCon and Games Made in France digital events hosted on Steam. The former strategy game-focused event will be hosted and presented by indie game publishers Hooded Horse and Firesquid; the latter is coordinated by Capital Games and will celebrate French creativity through titles developed by more than 20 studios.

Mahokenshi’s free demo will be available until September 29 upon conclusion of the Games Made in France event. Wishlist Mahokenshi on Steam today in advance of its full launch in January 2023.

Mahokenshi’s free Steam demo will allow deckbuilding fans to experience the Celestial Islands from the perspective of the relentless Ayaka of House Ruby and the newly announced Kaito of House Sapphire, a powerful tactician. The demo will also feature more enemies, a new tutorial, a new mission, a new leveling system, and a new Mahoken tree.

Mahokenshi will include two additional characters: stealth master Sota of House Jade and intelligent spellcaster Miskai of House Topaz. Players will be challenged to build their card decks, evolve their chosen character, and expertly strategize to protect the sanctity of the Celestial Islands from the corruption of a forbidden magic.

Mahokenshi launches for PC via Steam in January 2023.