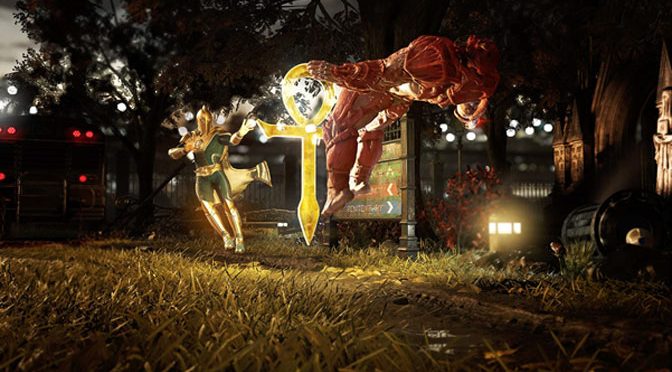 If anything is clear, it is that Injustice 2 was positioned as one of the favorite fights video games, where various characters from the DC universe show off their powers, combos and other abilities.

It was not clear what we could expect from its sequel after the first title was so popular with gamers, but NetherRealm Studios has made a lot of improvements and the user experience has been enriched.

Starting with the design of the characters. DC superheroes never looked better, with details in their locker rooms, brightness in their pupils and body movements that look totally real. Although he has some flaws in animation – for example, when Batman speaks, the part of his mask that corresponds to his mouth does not move – are small problems that most of the time go unnoticed. The same goes for environments and battlefields, they definitely transport you to the world of DC thanks to how well created they are.

On the other hand, we have a much deeper and more dynamic history. An excellent narrative where many of the characters of this universe are divided into two sides. This exists not only in order to try each of the fighters on the huge roster, but also is a way to develop their personality and a way to make known this incredible story that has led others Formats such as comic books.

In this part, there is also more interaction between the characters, which is deeply appreciated and not only this, but when fighting a simple battle either local or online, all fighters have lines of dialogue for each of them. Its contrivances, making the speech feel totally natural.

One of the great successes added is the opportunity to customize your character as you like. Like most current titles, Injustice 2 allows you to get many booty and rewards which translates into items and gears for superheroes, you can choose your best combination and you have the option to have several sets to try out different formulas. The same thing happens with the weapons, that clear to unlock you need to reach a certain level. This makes the user allow himself to experiment and create a more connection with the game, in addition to finishing the story for approximately 10 hours.

The battle options are diverse. From a versus with another person locally, up to a 1v1 online, which has the small failure to choose opponents not so balanced, as sometimes your opponent has a level much higher than yours or much lower – Option to make this equitable, but this should be by default.

On the other hand, is the Multiverse, a new mode of play in which you are presented with different events that change daily and that give you rewards, the perfect mode for all those who want to equip their character with the best.

The battle system is also one of the improvements that are appreciated by the naked eye within the video game. The movements of the characters are faster and agile – of course, it varies according to the weight and abilities of each one. In addition, they have increased the options of defense that in the original title they were reduced to bend down and to jump back. Finally, the number of combos that each fighter has is incredible and a pleasant surprise is that they can work in different ways even if you use the same commands.

The added characters definitely fill holes left by the first title and thanks to this we have many more options to fight and experience our best combat tactics.

Injustice 2 is a worthy successor to Gods Among us who not only retains the fighting spirit with the characters of the DC universe, but enhances the combat system, defense and adds various modalities that allow the user to get items and gears to equip All the characters on the roster. It is definitely a video game that explores beyond the simple confrontation between players. Injustice 2 cannot be played online but mayfaircasino.com games can. If you find yourself wanting to play something different then try the number of different ones you can find.