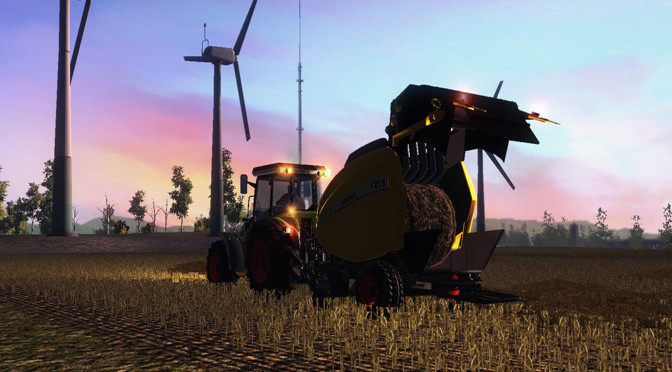 Amidst all the technological advancements the world is witnessing at the moment; agriculture might seem like a distant dream to us millennials. To a large extent, the majority of humanity has transcended the means of surviving on agricultural methods alone. Subsequently, the notion that video games based on farming have millions of players worldwide is somewhat of a question mark. So, what do these virtual farmers benefit from such a game?

Best in the Business:

Farming games have been around for almost three decades now, starting with SimsFarm back in 1996, and the progression to platforms like FarmVille and RollerCoaster Tycoon, and eventually settling on the earliest version of Farming Simulator back in 2008. The moment it hit the shelves; it was granted the title of the game-changer in the Farming Video Games category. The reason behind the game’s success doesn’t only stem from the impeccable programming created by Giants Software’s engineers, but also the way it introduced the most customizable gameplay available in this category of games.

The creators of this game obviously wanted to give the players more control over the approach they were going to follow in building their farm. That principle is emphasized in the use of the mods feature. As a player, you can customize your own version of the game, by modeling the equipment you’d like to use and the terrain of the farm you own. Understandably, not all players have the liberty of creating their own mods, so Giants Software provided a workaround for these players.

Many creators post the mods they create on blogs for all fellow gamers to download for free. If you are looking for a different Farming Simulator mods to download, the developers of Yesmods have created a platform where there are loads of options for you to check out and use. The options vary from trailers, fences, and maps or any other specs you might be looking for can be found on the website.

While it’s a fact that the majority of Farming Simulator’s users are not farmers, the game is the most realistic game on the subject. Yes, it provides all the basic aspects of an enjoyable game, with astonishing graphics, user-friendly gameplay, and a foolproof reward system, but it also has an edge over other gaming options when it comes to reality.

Most of the equipment replicates real life farming tools, down to them getting depreciated and needing occasional maintenance. Also, there is the inflation of prices in buying crops and equipment; hence, it provides in-depth experience of what it feels like to run an actual farm, on a fixed budget and a target. This is nice and all for non-farmers, but for people who actually live that life, it is a godsend. Many farmers state that thanks to Farming Simulator, they can now anticipate what it is like to run bigger more elaborate farms in real life.

In the end, there are many reasons you might consider playing Farming Simulator, as mentioned above, but truth be told there is a far more powerful motivator to start playing. You never know when our way of life might come to a stop, and the people who gain experience from Farming Simulator will be the ones with an advantage in surviving the technological apocalypse.