If you are a huge fan of video games, then this year is one that you should be eagerly anticipating. There are many great games due to come out this year that you definitely should stick on your to play list. Below are some that you should keep a look out for.

This game will be available to play on Xbox One, PS4, PC, and Nintendo, but there is no exact release date just yet. If you have watched the film “The Thing”, there is a good chance that you have wanted to play a whole game as an alien shapeshifter. If so, you wish has been answered as in this game you are an alien being that escapes from a research lab underground to wreak havoc above. As the game progresses, you unlock new ways to mutilate and murder unsuspecting humans.

This game will be released on Xbox One, PS4, and PC on the 4th February. As the title suggests, this game sees you take on a zombified Adolf Hitler and his terrifying undead army. Humanity is at risk and it is your challenge to save the world. If you are a fan of zombie video games, this is a must try.

This is another zombie game that will be released on PS4, Xbox One, and PC, but there is no release date as of yet. Dying Light was released when zombie games were becoming a bit cliché, so not many people had high expectations for it. However, it helped to revive the zombie genre thanks to its large levels, parkour gameplay, and solid story. Dying Light 2, by all accounts, looks like it is going to be even better than the first, so we are really looking forward to giving it a go.

This game will be available to play on PS4, Xbox One, and PC and will be released on March 20th. When it comes to shooting games, there is not a lot that can come close to Doom. Doom Eternal will bring the horrors of hell straight into your bedroom, whether you play online or the story mode. If you want an epic shooting game, this is a must play.

This game will be released on PS4 on February 28th. Marvel video games, with the exception of Spider-Man, have been pretty poor to say the least. Will Iron Man VR be the game that will break that mold? Well, we will have to wait and see, but the thought of getting into Iron Man’s suit in a virtual reality world is something that we find quite intriguing. You no longer need to win loads of money on the lottery or casino games in order to get some idea as to what it is like to step into Tony Stark’s famous metallic suit.

This game will be released on Xbox One and PC on March 24th. This is a melee brawler that can be played between multiple players and seems to be a cross between Power Stone and Overwatch. Whether this marriage will make for an epic game is something that we will just have to wait and see. However, we are very optimistic that this will be a great game.

This game will be released on Xbox One, PC, and PS4 on April 3rd. Capcom’s Resident Evil 2 Remake was a huge success and if this game is anything like that, we are in for a real treat. We cannot wait to see the updates that they have added to this 1999 release. It has already been announced that there will be online play available as well, which will surely help to make things even better. 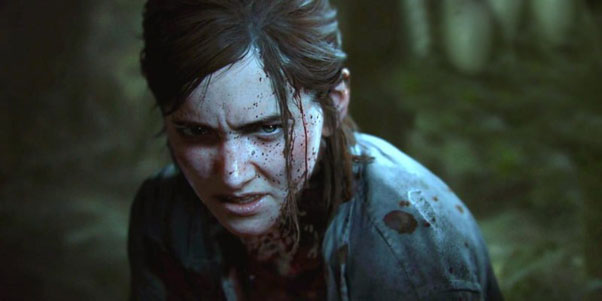 This game will be released on PS4 on May 29th. The Last of Us is one of the best games ever, so the sequel has a lot to live up to. However, we are very optimistic that Naughty Dog will meet those expectations and more. Ellie is forced to leave her settlement and go on an adventure that will see her face new dangers. Everything that we have heard and seen about this game so far suggests that it is going to be another epic.

This game will be released on Nintendo Switch, PC, PS4, and Xbox One on April 23rd. Every Mortal Kombat game that has been released over the last three decades has been epic, but this one is set to be the best one ever made. The fighting is as complex and elevated as it has ever been, but what makes this game stand out from the rest is the single player mode. In this story mode you follow the latest battle to control EarthRealm and you will actually start to feel sympathy for the characters involved.