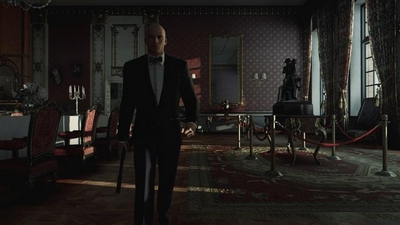 “We are doing something bold and new which has the potential to shape how we experience AAA games in the future,” said Hannes Seifert, Studio Head at Io-Interactive. “Hitman is back and it’s clearly the game many fans have been waiting for, so that feels pretty special. And this is just the start, now our live content begins and then in April we head to Sapienza. We have a game that will evolve, grow and improve over time and deliver the best ever Hitman experience.”

Hitman starts with the Prologue and a Paris location on March 11, followed by the next location, set in Italy releasing in April and then Morocco releasing in May. From there Hitman will deliver regular monthly content updates, including three additional locations; Thailand, the United States and the season conclusion in Japan later in 2016.

The first Escalation Contract is in the game today, with the next one scheduled for Tuesday 16 March. These are in-game contracts created by Io-Interactive which gradually increase in difficulty the more you play them.

And the first Elusive Target will appear in the game at some point in the next ten days. These are targets who appear for a limited time only, the first one will be live for 48 hours in the game. And players get only one chance to take them out, there are no second chances. This is a new character with bespoke dialogue and behavior in the game. Players will only receive their Elusive Target briefing once the new character has entered their location.

The Intro Pack is available today priced at $15 (or local equivalent). Each subsequent location will be priced at $10 as an add-on item to the Intro Pack*. Alternatively, players can buy the Full Experience up front for $60, also available today. This includes all of this year’s content as it’s released, and guarantees not to miss any live or bonus content.

The disc version of Hitman will ship in January 2017.