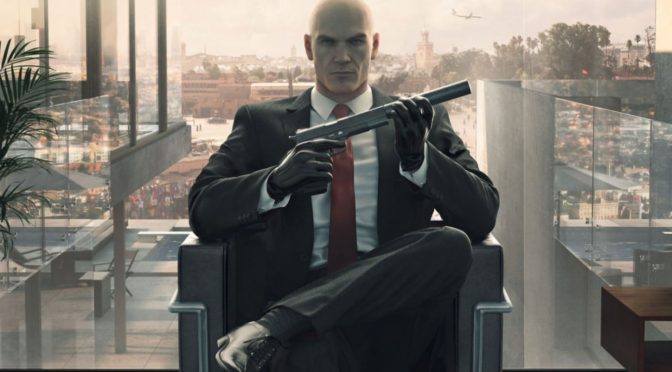 As we are looking forward to a much-anticipated Holidays 2020 season for the launching of the next generation Xbox and PlayStation, the same impatience is here as regarding to the new games we will see unfolding on the consoles.

One of those is certainly Hitman 3, developed by IO Interactive. The bald assassin could be seen again in brand new clothes as early as this year, once the PlayStation 5 and Xbox Series X “Project Scarlett” hit the market.

The Danish video game developer has almost confirmed, last year, that they are working on the third series of Agent 47’s video adventures.

The CEO and cofounder of IO Interactive, Hakan Abrak, spoke about “20-plus locations” which will be available in Hitman 3 video game.

OK, so this got us thinking about the release date. But what would be the story? The series fans hope for a pick up from where the Hitman 2 ended, including to see again Diana Burnwood. But nonetheless everyone wants to see what will the developers come new with, especially given that two next-generation consoles will be on the market by the game’s release date.

And that is not something to ignore. With new hardware available on the market, one can speculate that the developers may include more and/or larger maps, and also more features that will allow Agent 47 to steal disguises and kill people.

You do not see every year PlayStation and Xbox launches, and given that the previous three Hitman video games released sometime in the last part of the year (2012, 2016 and 2018, November – December), there are plenty of clues that Hitman 3 could hit the consoles this year.

The final word is that we cannot really anticipate any detail with precision, until any further official announcement. But the imagination can roam as long as there is nothing certain so far, and one may go as far as imagine that this can be the grand finale of Agent 47’s adventures.

The Hitman franchise developed solidly in the course of the 20 years since its inception. Besides the seven video games – including the highly-acclaimed Silent Assassin -, and some spin-offs and collections, we also had two movies and some online and television series attempts.

Hitman is also a popular slot from Unibet, which has been released by Microgaming in 2007, a gambling company which developed one of the first online casino software, more than 25 years ago.

The Hitman slot features the charismatic agent, as well as an entertaining game. Other components are dark melodic music, shadowy images, and weapons, lots of weapons. Its symbol image is the famous bald assassin with the face in shadows and holding two guns with his hands criss-cross.

The slot has a bonus game, in which the player may select a target to attack and also a weapon to attack with. The target is the bonus, and the weapon is a multiplier, so the players get the result of the target value multiplied by that factor.

The game is described as compelling, and one can hardly turn away from it. Its RTP is just under 96%.

Either video game, movie or online casino slot, the Hitman is indeed something to wait for, not just for the series fans or for those who had sporadically encounters with it, but also for newcomers who want to have a look and try some action and solo adventures.