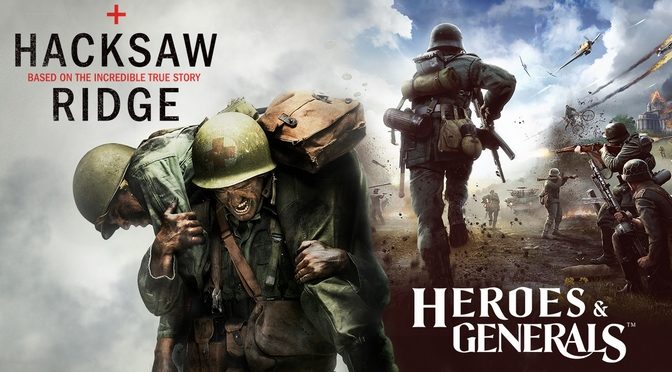 Customers in the U.S. can now order an exclusive bundle on Steam featuring a digital copy of Hacksaw Ridge, as well as the “Heroes & Generals Medic Pack,” which contains a 14-day Veteran Membership giving players several in-game perks, a Medkit for one soldier that allows players to heal themselves and friends in battle, and 5x Medic Ribbon Booster for use in game.

“Hacksaw Ridge is a great story about how one man’s actions and courage can make a difference in war – something that is also very key to Heroes & Generals,” said Jacob Andersen, game director at Reto-Moto. “The uniqueness of Steam as an entertainment platform for both PC games and movies makes it possible for us and the visionary team at Lionsgate to partner up for this exclusive bundle featuring the film and special in-game content.”

Players outside the U.S. can purchase the “Heroes & Generals Medic Pack” as standalone DLC. The Medkit and Medic Ribbon Booster will be available in-game March 21. The 14-day Veteran Membership is available for use right away.