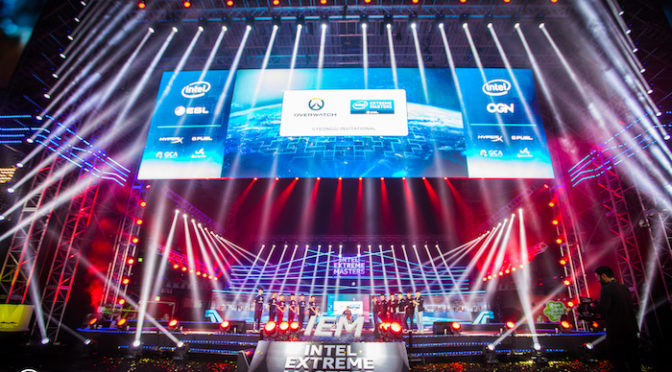 When we talk about the modern video game industry, there are some amazing recent trends that demand attention. Of course, things such as mobile gaming and virtual reality fall into this category, as do trends in games themselves, such as the popularity of battle royale-style titles. However, one aspect of modern video gaming perhaps demands more attention than any other: eSports.

If you have not come across this niche within gaming yet, then it is pretty simple to grasp. eSports is professional gaming where teams of players compete in online or real-world tournaments. With real prize money on offer to winning teams and many big companies getting involved with sponsorship, eSports is showing that video games are not just for fun anymore.

With players getting sponsorship deals themselves and payments for being on teams, eSports is proof that gaming has grown up recently. With the eSports market expected to generate $1bn by the end of 2019, it is certainly a growing sector. Of course, it is perfectly fine to game just for fun still if you like. However, the rise of professional gaming as a sport shows that it is no longer confined to that alone.

The eSports tournaments that teams compete in take place in front of millions of watching viewers, either online or in real life. This again shows just how far gaming has come from being a bit of fun with a few friends in your home.

A big part of the attraction for fans is the games that teams play at tournaments. Old-school fighting game tournaments such as Street Fighter are always well received along with other tournaments based on enduringly popular titles such as Counter Strike: Global Offensive (CSGO). Fans can even bet on the outcome of tournaments now, which only serves to further show how serious and professional video gaming has become. Just remember to get the best odds on CSGO betting sites if you fancy putting a wager on!

Aside from the well-received games that eSports tournaments are based on, why is it so popular with gamers and fans?

Many of the eSports tournaments are streamed live online, which makes them easy to access for fans. Compared to having to travel and cover the expense of going to real-world sports games, it is much more convenient. Modern streaming platforms such as Twitch have made it simple to log on when you have the chance and catch the latest action, wherever you may be.

Traditional video gaming in the past was not seen as a legitimate career choice or something from which you could make money. eSports has totally changed all this and made playing games a valid career choice for everyone. Naturally, you have to be pretty good, but if you have the skills, then you can make a very good living from this sector. Top player Chen Wei Lin, for example, earns around $250,000 each year!

Diversity of games to watch

eSports is just like any other sport in that it would get pretty boring if you watched the same thing over and over. It would be like watching a soccer game between the same two teams every time! One of the reasons why eSports has exploded though is that it has a wide range of titles that teams compete in, so you can always find one that you like to view. From the ones already mentioned above to other big games such as DOTA 2 or Overwatch, the range of fun to be had with eSports is huge.

Great fun to watch and play

Perhaps the major reason why eSports has got so big so quick is that it is enjoyable – pure and simple! Playing in the tournaments gives you a real adrenaline buzz and allows you to do something you enjoy for a living. Watching the eSports tournaments unfold is also great fun and gives you a cool way to spend your spare time. Although it is a professional side to video gaming, it doesn’t mean that you can’t have a good time as well.

Gaming grows up with eSports

Although eSports is one part of the whole video game industry, it is arguably the most important right now. It has taken gaming out of the bedroom as a mere leisure activity and made it a professional activity that is much more serious and grown up. While playing games in this way is naturally still fun, eSports has shown that playing video games can be so much more than that. With projections for the future of eSports being overridingly positive, the future for this niche and gaming in general looks good.