Gaming is fun and exciting, but gaming bets are taking the industry to a whole new level. The amount of hours spent on gaming is directly correlated to the age of the gamer. People aged 18-25 spend the most time gaming, and the average gamer spends 6 hours. The use of smartphones has also increased gaming, making it easy to download games as well as watch as others compete.

Yet gaming is only part of the action. To add more spark and pizazz to games, gamers like to make wages. Even if online gaming methods are a bit different than a casino or sports betting, there’s no denying the rush you would get when you place a bet and anticipate the outcome. And we won’t even get into if you win! If you want to know more about gaming wagering and casino betting, there are plenty of sites that do so. EMPIRE777 is one of many that can give you an idea of these things work exactly.

Depending on which site and which game, wagering will differ. These are game-specific bets. So, for example, League of Legends has a First Baron or Dragon bet where you would bet on the team who kills the First Baron or Dragon first. Counter-Strike and Global Offensive have a bet named Knife Round where you would bet on the team that scores the first in the Pistol round. So know the game well first.

After that always make sure you’re on a credible betting site. Try to go with one that has been around between three to five years. You can research their background to know if they’ve been up to no good or if there have been any scandals on them. Also, make sure their payments are prompt. There are several sites that have legal licensing so you’ll be all good to go.

If you’re not too familiar with gaming bets, you should get acquainted first with the strategies that can be used to beat the odds.

For now, here is a brief guide on some of the more popular bets to make. 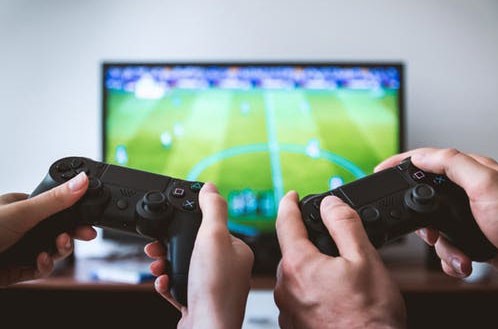 Real money betting isn’t much different than sports betting says in horse racing or boxing. You place your money on your odds. That could be on individuals of a game or a winner of a tournament. It’s the nearest thing to traditional betting. You might think that all types of bets are done with real money, but in the gaming world, you can bet with other means that we’ll tell you about the next type of betting.

Skin betting might be preferred by some betters since it doesn’t involve real cash. It’s sometimes called item betting. Virtual currency or other items that can be transferred between players is a feature that many modern games use now. These items increase the strength of the team. There are sites where you can buy, sell or trade items that gamers seek. So there are gaming betting sites that allow you to bet with items or virtual currencies.

Social betting is a good place to begin if you’re not familiar with gaming bets or betting in general. Here you can place bets with friends using either real money or items. Most beginners would prefer to go with items. It’s more of an informal betting type and there can be a terms to agree upon before the betting. While it’s not bad for beginners, the idea of betting with friends might not be so good because it can cause arguments. Plus, betting with someone you only know from online is also too risky.

As the name implies, it can’t be considered real betting because you don’t bet directly on an outcome. The idea behind it is to create a fantasy team and challenge others. It’s usually about sports teams more than any other kind of team. Real wagers can also be used if you want. Teams are put together based on certain criteria, and players earn you points according to how well they performed.

If you’re a gamer and not just a spectator, then this head-to-head betting is for you. Gamers often organize the betting amongst themselves the follow through with the bets placed after a competition or tournament. But you can find sites that will organize it for you, but you would probably have to pay fees for entering the contest and if you win you get part of the proceeds of those fees.

The handicap bet is when a sportsbook gives the weaker team an advantage to be put on equal footing with the favored team making for a more favorable game. The advantage could be in the number of rounds. This bet can be placed only when two teams play and there can only be one outcome.

Here you’re betting on the group who has the final winner of an entire tournament. So you’re not placing a bet on a sole individual, but rather the team.

This bet deals with specified tournaments and your bet is placed on the group that wins that tournament.

This is clear cut and the wager is on the winner of the entire tournament.

If you predict the outcome will be a tie, then that is where to place your bet.

This is similar to prop bets in live sports. Essentially, you would place a bet that does not concern the outcome. It has to do with statics, so you might bet on most kills, or bet on the best player, even if the entire team did not win.

Many people would just like to place bets for kicks. Some are in to make real cash. Decide which category you’re more into, and according to that, you can upscale your knowledge about betting in general. Game-based betting is a real thing, so know your game well before placing your bets.