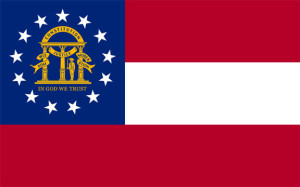 State of Georgia Governor Nathan Deal signed House Bill 958 into law this week, a move that provided a host of competitiveness initiatives aimed at bringing more development and businesses to the state. Bundled among the other initiatives was a measure that provides significant tax breaks for video game developers who choose to work within the state.

According to state officials, Georgia’s game and digital media industry is growing rapidly. That growth is fueled by a comprehensive suite of business assets that Georgia is able to offer game companies, including a pipeline of creative and technical talent, competitive incentives and an affordable lifestyle.

The Georgia Department of Economic Development supports the thriving and powerful computer gaming, animation and digital media industries in Georgia with an impressive technology infrastructure, a highly-skilled workforce, and more than 15 Georgia colleges and universities offering full curriculum or computer game courses. Benefits for the game industry include a 30 percent tax credit, solid technology infrastructure, a steadily growing workforce and an established game and digital media industry.

The bill which was signed into law cements many of those benefits, including the tax breaks, in place in a move that state officials hope will bring even more developers to Georgia.