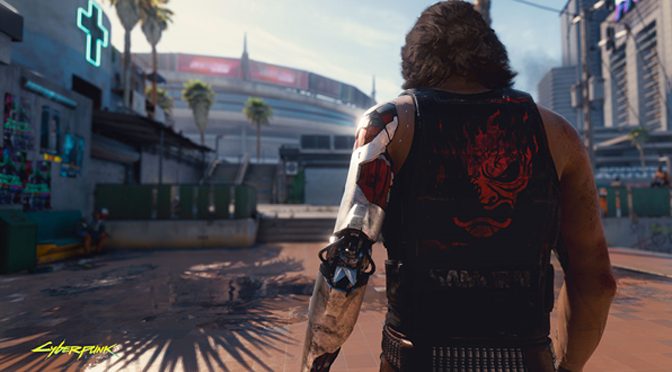 Cyberpunk 2077 is going live on April 16th. The long-awaited cyberpunk game officially got the release date, and everyone is overwrought. Now that we know when the game is finally dropping, waiting is harder than ever. That’s why we devised a list of games that are perfect if you want to prepare for Cyberpunk 2077. They are hardcore, they are badass, they are bloody – but most of all, they are action-packed and fun. And they are all following a similar path in terms of theme. Here is what we prepared for you.

State of Mind is probably the newest addition to the realm of cyberpunk video games. This new game was released back in 2018, immediately catching the attention of all sci-fi fans. The story is set in Berlin, the year 2048. You meet Richard Nolan, a journalist who had just found out his family is missing. The plot will then transcend family drama and take you to the core issue – AI, digital utopia, and pure science fiction. As one of the most important questions of the age, digital realms threatening to overpower human reality is in focus. The setting is as eerily reminiscent of our present. Brilliant realization of a brilliant idea. You’ll find it on all platforms, including PC, PS4, Xbox One, and Nintendo Switch.

Now, let’s get retro! If you are anxious to get a taste of Cyberpunk 2077, why not first get familiar with the original game? Cyberpunk 2020 is the second edition of the eponymous game released in 1988. By 1996, we received several editions that follow the same narrative found in the original title. If you think Cyberpunk 2077 is badass, believe us – start from the beginning. This blast from the past is the reason why CD Projekt Red decided to create its highly anticipated video game. Compared to modern titles, Cyberpunk 2020 is admittedly old-fashioned in terms of graphics and production. But the quality nevertheless remains. 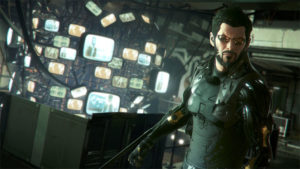 Every single player that likes cyberpunk has to try at least one Deus Ex part. Out of several Deus Ex releases, Mankind Divided stands out as a firm fan favorite. Although it was released back in 2016, fans all over the world still cherish and play it. If you have no idea what’s the story about, here are the highlights. The story is set in 2029, which is chillingly close to us now. Your task is to, as always, uncover a mystery that threatens to ruin the world. Destroy those who created the Aug Incident and save the world. As a direct sequel to Deus Ex: Human Revolution, the game was released on PC, Xbox One, and PS4. But here is a great thing about Deus Ex games. As both cyberpunk and mobile gaming became more popular, the audience was clear: we need more cyberpunk-themed mobile games. This quickly triggered an invasion of sci-fi games in numerous branches. Even the online casino industry now allows a fair share of mobile cyberpunk slot games, right on your phone. The fact that the franchise is so popular spurred the developers to create a mobile version of Deus Ex. They created two games to entertain mobile players around the world. You can access Deus Ex Go and Deus Ex: The Fall, from all portable devices. 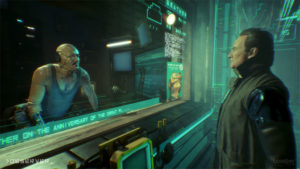 The Observer is a psychological horror released in 2017. It’s not explicitly cyberpunk, but it does share a few traits with the giants of the genre.  Chilling to the bone, the game brings numerous futuristic, dystopian references as you waddle through the gameplay. For this game, you’ll travel to 2084, location: Krakow. There you will encounter the usual batch of post-apocalyptic symbols – viruses, drones, digital plagues, etc. Oh, and the Observer has augmented vision and can hack the minds of others to search for information. It is available on Switch, PC, and PS4 and Xbox One. 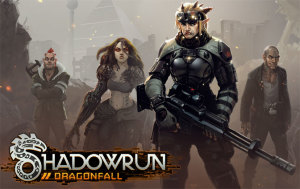 Shadowrun: Dragonfall is a perfect blend of fantasy and cyberpunk. Who thought Tolkien and Blade Runner had so much in common? The game is praised for its excellent story. Neo-Berlin, dragons, and advanced tech – what’s not to love? But it’s not all empty talk: it brings a lot of combat right to the screen in an excellent way. Critics even say that Dragonfall is much better than the previous Shadowrun: Returns. You can get it on all platforms.