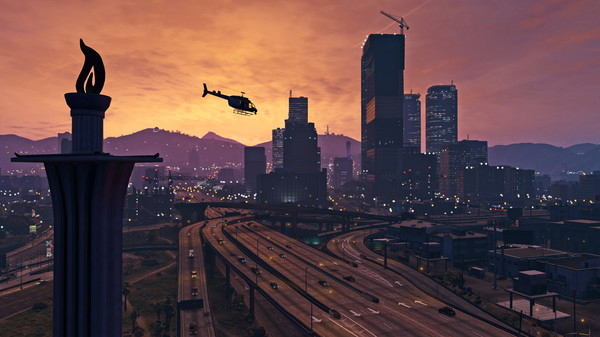 Rockstar’s Grand Theft Auto has been a major success since its inauguration in 1997. The open-world character of the title made it more interesting as the player could deter from the main story missions as long as they wanted. The game promotes a “young, wild and free” lifestyle that depends a lot on the risks that the main characters are willing to take in order to complete the missions. So, it seemed only normal for gambling to be a part of such a world. Let’s take a look at how the GTA series included the gambling element throughout the years.

The first version that introduced gambling was Grand Theft Auto Vice City in 2002. The title featured illegal street racing and if you wanted to participate, you would have to pay entry fee bets from $100 to $5,000. The stakes would get higher if the player drove like a maniac. The aim of the race was focused more on the earnings and lesser on the glory of winning as its motto cynically stated: “Earn cash, not kudos”.

In GTA: San Andreas, the 2004 version, casino gambling was introduced. Who can forget the area of Sin City, north of Los Santos, the virtual Las Vegas of GTA? You could gamble in the Las Venturas casinos, which offer the full experience of a land-based casino with blackjack, roulette, slot machines, video poker and wheel of fortune, all available to the player’s appetite.

In fact, gambling was a skill in GTA: San Andreas, which was improving every time the player spent money on the casinos. If you wanted to become master of the skill, thus reaching the “Whale” level, you had to bet a total of $100,000. Once becoming a “Whale” the player could gamble at a high roller level and even borrow money from the casino owners. But, you had to be careful with these transactions as the casinos were owned by mob members. In case you didn’t return the money on time, they would call you to remind it or even worse, put a death contract over your head.

In GTA Chinatown Wars (2008) we also saw scratch cards. The cards could offer you rewards like health replenishing, money or even ammunition of guns and grenades.

In GTA IV, Rockstar decided to distance itself from gambling but in the expansion of the title, Episodes From Liberty City in 2010, casinos returned. In the next expansion, The Lost and Damned, we saw a new casino game called Hi-Lo in which the player had to guess if the next card dealt would be higher or lower than the previous one.

In The Ballad of Gay Tony expansion pack, it was the first time the player could bet in a “sports” event. Of course, since we talk about GTA, the event couldn’t be anything else rather than unauthorized underground cage fights. You could either take part in as a fighter by placing an entry fee of $100 and try to win the tournament for the prize of $4,000 or wager on any fighter before a match.

In the last GTA version, Grand Theft Auto V, the street racing made its return. The entrance fee could be cashed back 4.5 times if you won the race. In GTA Online the game allowed you to bet both on yourself but also on other players to win the race.

GTA titles couldn’t but involve the gambling feature which added to the risky nature of the main characters of the games. From street racing to more traditional casino gambling, GTA offered an interesting gambling scene during the years but it could have been explored more for sure. For example, can we actually anticipate online gambling the next GTA?