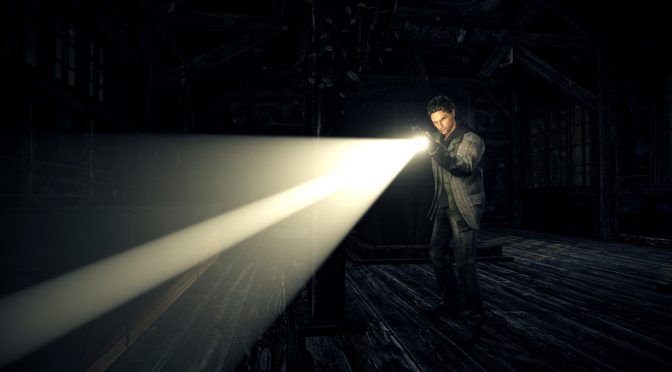 Here’s one you might have missed. Did you ever play 2010’s Alpha Protocol? Statistically, probably not. It didn’t sell very well, but trust me, it’s good, alright? You should definitely experience it. What it is, right, is this spy RPG with an enormous level of story reactivity. It takes cues from lots of modern spy action franchises and then gives you the freedom to play the type of spy you like best. So there are options to be a suave, Bond-like super-spy, or a hard-edged serious Jason Bourne, or an action-focused Ethan Hunt, and so on. Alright, I admit it, it’s a bit embarrassingly straight-white-dude-fantasy, but it’s still one of the best spy games ever.

It was made by Obsidian, published by Sega, and written by a team that included veteran CRPG story writers Chris Avellone (known for several Infinity Engine RPGs and the better Fallout games) and Brian Mitsoda (of the brilliant Vampire the Masquerade: Bloodlines). So you know that story goes deep. There are multiple endings with interesting and unique variations on how your character gets there. And, being an Obsidian game, you’re right to assume that it was kind of buggy and the action gameplay wasn’t quite there. I mean, it’s fine, but it’s only functional, not brilliant. So Alpha Protocol got mostly middling reviews, deserved or not, and while it’s got a small cult following, nobody really played it.

Luckily, I’m here to tell you that it’s brilliant. I’m always happy to stan for Alpha Protocol. If you’re looking for a fun spy adventure, I highly recommend you pick it up. The great thing about it is that since it’s not very well known, it’s frequently on sale on Steam for about £2.99, which is well worth the twenty or so hours you’ll get from it. Sometimes it even drops to £0.99, and I’ve occasionally just stocked up on gift copies at that price to send to whoever wants one. If you like action games, or spy fiction, or deeply interactive RPG stories, you’ll love it. OK? Have I sold you on it?

I hope not, because you can’t buy it any more.

Alpha Protocol is the latest casualty of digital distribution’s impermanence problem. Due to an issue with Sega’s publishing rights, the game has just dropped off Steam’s storefront without warning. It might come back. It might not. But for now, if you didn’t already own it, you’re out of luck.

You’ve probably heard about the other recent major instance of game vanishment. Telltale Games’ entire catalogue is in the process of being yanked from every digital storefront after the studio fractiously folded last October. Fine, I can grudgingly admit that game culture doesn’t care as much as I’d like it to about Alpha Protocol, but the whole Telltale oeuvre? The studio which had a major hand in re-animating the adventure genre with their Sam & Max revival? The Walking Dead people? That’s a pretty big hole in history.

It’s not a new problem. The genre-defining System Shock games were all but lost to the average player for years, due to a combination of rights disputes and the original disc releases not being particularly compatible with modern hardware. When Microsoft’s Games For Windows Live DRM/networking service was hung out to dry, several games that used it were rendered unavailable, even to those who’d already purchased them. Some games received updates to remove the GFWL reliance, but some didn’t – Epic/People Can Fly’s Bulletstorm, for example, wasn’t legally playable on PC until the lightly remastered “Full Clip Edition” was released (at full retail price) a few years later. The PC version of Halo 2 is still dead, and will remain so until the Master Chief Collection drops for that platform later this year. It doesn’t even have to be an issue as critical as DRM – Remedy’s survival horror Alan Wake disappeared from Steam because the music rights for an included song expired. It took years for Hitman: Contracts to become available digitally for the same reason. As it turns out, this is what happened to Alpha Protocol, too.

And so far, we’re still mostly just talking about the lucky ones – the ones that reappeared, or are still available in other forms. Alan Wake, for example, resurfaced on PC after Remedy was able to renegotiate the music licensing. It seems likely that we’ll see the Telltale games again in some form when the dust settles and the rights are all bought up. And physical media means that even “lost” games aren’t absolutely lost – Alan Wake, Hitman, and even Alpha Protocol still exist on previous generations’ console discs. But as systems move on, these versions become available to fewer and fewer people. There’s already plenty of games that just aren’t really legitimately available any more, which is a shame for an almost entirely digital art form, for which archiving should be a relatively simple process.

There used to be a community solution. Back in the early 2000s, before digital distribution had even taken off, there was a thriving underground network for distributing “abandonware” – games that the original distributor no longer sold or supported. Originally spread out between BBSes, Usenet groups and IRC fileservers, the abandonware community ultimately centralised mostly around Sarinee Achavanuntakul’s now-defunct website Home of the Underdogs, which acted as an extensive repository for early DOS and Windows games (and manuals) for which the publishers had either folded or simply lost interest. HotU operated on blurry legal grounds – copyright laws regarding orphaned works are notoriously complex – but while Achavanuntakul offered free downloads of full games, her object was preservation, not piracy. She complied with takedown requests, and Underdogs stayed afloat until 2009, after which it was closed due to funding issues. Multiple revivals have sprung up, but many of the games that the original site preserved are now much harder to find without rooting through shadier corners of the Internet. More recently, the Video Game History Foundation has taken up HotU’s preservative purpose, aiming to digitise and archive as much videogame history as it can, including game code, packaging, manuals, PR and advertising materials.

But soon, even these third-party and fan efforts to keep game history accessible may slip out of reach. This year we’ve seen a push toward game-streaming services, with Google Stadia and Project XCloud moving in alongside the established PlayStation Now. These games are never even installed on users’ devices – the code is all stored on remote servers, inaccessible to the player. If streaming becomes a dominant distribution method, then more than likely we’ll see stream-exclusive titles at some stage. When these services reach end-of-life, how will we ensure those games are preserved? Can we trust the providers not to drop them into the memory hole?

Every art form has lost works. There are countless lost films, television and radio programmes, music pieces, books, paintings, sculptures, and so on. It’s impossible to archive everything. But once these items are lost, we miss them. It’s always a shame. Media is often carelessly discarded and subsequently highly sought after. The search for video recordings of lost Doctor Who episodes continues. Videogames are the first art form to exist primarily in a time when we have the technology to ensure the preservation of all significant releases. Are we going to hold on to our history, or lose it?

Alpha Protocol PC probably isn’t really gone forever. The music licensing is gone, but that’s hardly a death sentence, is it? Sega might renegotiate it, like Remedy did. Or they could just release a patch that replaces the tracks in question. And everything will be fine. Hopefully. Right? Yeah? I’m sure they will.