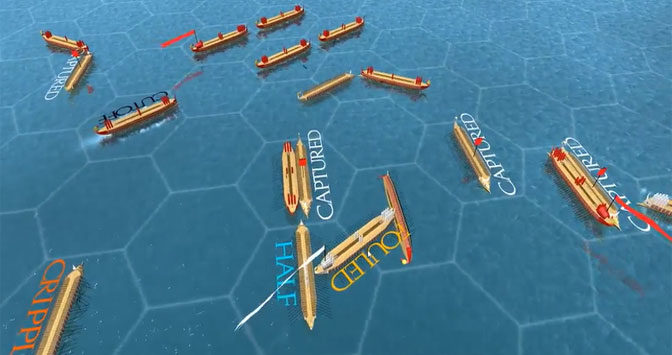 Mare Nostrvm is a strategy game by the developer of Qvadriga, and it is set during the turbulent war galleys era, when the civlizations along the Mediterranean Sea started to extend their ambitions towards new lands.

Naval Squadrons employ real tactics of that time, and the WEGO system will force you to think three moves ahead of your opponent!

Choose between fourteen ship types, ranging from the small and primitive penteconter to the powerful decares, and wage war in 24 historic naval battles!

Ram enemy ships, board them, or make use of your on-board harpax to make their encounter with Neptune the last!