If you’re not familiar with Bitcoin, you’re not alone. Founded towards the end of the last decade by Satoshi Nakamoto, a person or collective that remains anonymous to this day, Bitcoin is the world’s largest ‘cryptocurrency’, a type of money created from the solution of complex equations, and one that exists apart from the influence of banks.

Bitcoin’s journey from a 2008 design paper to a legitimate rival to traditional currencies (the US Congress recently set up a group to discuss Bitcoin and ‘blockchain’, the technology behind it) has been nothing short of remarkable. However, Nakamoto’s “magic internet money” is still in its infancy as far as mainstream acceptance is concerned. That is, everywhere except gaming. 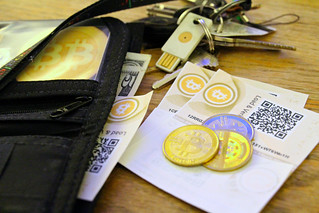 Casino and iGaming websites were some of the earliest adopters of Bitcoin, as blockchain technology allows for immediate payouts in the currency, as well as enhanced security and privacy. The vegascasino website, for example, accepts Bitcoin exclusively for its sports betting, poker and roulette games.

The cryptocurrency has since made its way onto mobile platforms, PC, and consoles. And, while it may seem that the decision to accept Bitcoin is simple appeasement, giving in to a vocal niche of cryptocurrency fans, it has its benefits; Bitcoin is a means for people without credit cards in developing countries to spend money on games.

Here are a few places you can already trade in your tokens for games and gaming paraphernalia, regardless of your platform of choice. 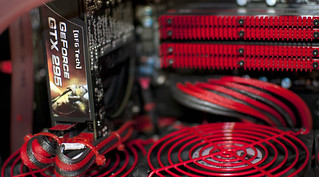 Bitcoin began on the internet so it’s perhaps no surprise that the currency has a much larger presence on PC than on other platforms. Game trading site Kinguin, Humble Bundle, IndieGala, and Gabe Newell’s Steam all accept Bitcoin for purchases. Some places have stipulations (Humble Bundle only accepts Bitcoin as an alternative to dollars, for example) but it’s still very easy to spend your cryptocurrency on PC games in 2016.

If you’re interested in buying components (graphic cards, hard drives, etc.) for your machine instead, Newegg allows you to pay in Bitcoin.

2. Mobile and ‘Social’ Gaming
Whether you like them or not, so-called ‘casual’ games are big business and they’re not going away. Zynga, the makers of FarmVille, and BigFishGames, whose back catalogue includes Weather Lord and Haunted Hotel, accept Bitcoin for their games and micro-transactions.

On a related note, there are also mobile games about Bitcoin, such as Bitcoin Billionaire and FlapPig. 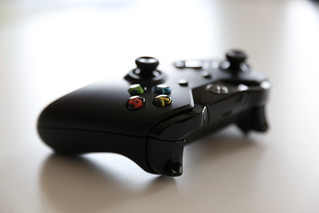 Microsoft was arguably the most important company to adopt Bitcoin as a payment option on its websites, along with Dell and Expedia. As Bill Gates’ firm has a singular ‘wallet’ for all its services (apps, games, movies, etc.) you can load your account with Bitcoin and spend it on games in the Windows and Xbox stores.

It’s not quite so simple for PlayStation or PS Vita owners. Sony does not accept Bitcoin directly for purchases on its PlayStation Store. However, you can buy gift cards for games and PlayStation Plus memberships (for example) from places like Amazon and eGifter, and then redeem them on your console.

Bitcoin still has a long way to go before it gains the full trust of consumers but the currency is riding a high as of mid-October. It recently found support in billionaire bond manager Bill Gross, and its value is at its highest point since August, at $630 per coin. Expect Bitcoin to become a bigger part of the public consciousness in the future, even if it never quite replaces hard currency like dollars and pounds.