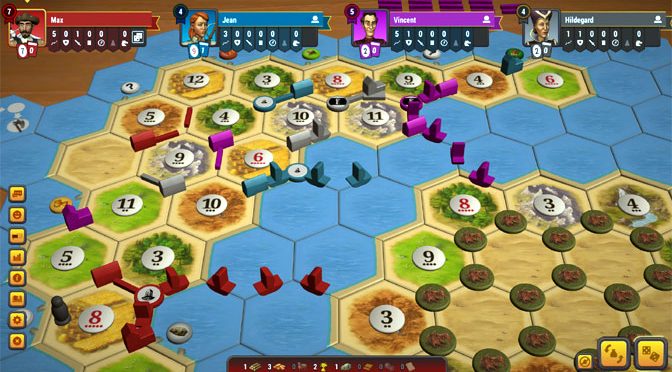 Card games and board games are essential for keeping our minds and bodies engaged. Also, the finest ways to increase our brain growth and emotional and psychological development. In addition, many games require critical thinking, such as strategic planning, prudent decision-making, and problem-solving strategies.

Therefore, playing board games means practicing for real life, particularly for college students. As a student, you can utilize your free time to play board games as they can help you think more clearly and sharpen your mind while also being enjoyable and amusing. Below we have listed down some best boards games that you can consider playing for benefit and pleasure:

Twilight Struggle is an addictive game that is simple to learn yet tough to master. This game is a historical simulation game in which two players compete for influence on the map of the world. It depends on the players to decide the area, as they can either take the Soviet Union or the United States. They use cards that relate to historical events. It takes roughly 2-3 hours to complete the game. This will enable you to memorize the events.

The game Twilight Struggle was initially created by Jason Matthews and Ananda Gupta, which was meant to be a quick play in contrast to more complex card-driven wargames.

Till date, those students who have been exposed to this game named Catan have been unable to put it down; it is as addictive. Catan is an intriguing strategy game in which the players gather and exchange resources in order to conquer and construct the largest settlements on the mythical island of Catan. This game can also be played among three or more players. However, it takes around an hour to complete. This card-driven game Catan was earlier known as the “settlers of Catan.”

Scythe is so much similar to the strategy game Catan but significantly more difficult. But it is, nonetheless, satisfying. Scythe is a role-playing game for one to five players as settlers in history. In Scythe, players command factions that create resources, construct economic infrastructure, and also fight and conquer territory using massive dieselpunk combat machines known as mechs. The game concentrates upon accumulating large sums of money and expanding your region, with combat serving as the game’s centerpiece. Overall, this game is very entertaining while still being challenging and visually appealing to experienced gamers as.

Scrabble is among the best and the most popular mind games available around the globe. It is more than just a fun game because of the game’s adaptability, it may be used for education, memory strengthening, learning, general knowledge, and vocabulary building, of course, all at the same time. No other game has been able to beat its popularity and influence in such a positive way.

Scrabble is simple to understand, and to master, you need to have a solid vocabulary. No worries if you don’t have a strong grip over it; by playing this game frequently, you will eventually get to learn so many new words that you’ll master yourself. And a student with a good vocabulary will help you a lot, whether it is at the workplace or just working for a college essay writing service.

Scrabble is a board word game in which two-four players compete against each other. The alphabetic tiles must create words in rows, downward in the columns as in a crossword format, and are found in a typical dictionary. These games have no particular time range, and it depends on how quick you are in forming words. Scrabble is fun yet such an informative game to play.

Smart-Ass is a quick, entertaining, and instructive game that is simple to pick up and play for hours. This game has some basic, straightforward rules, and two or six people can easily play it. In smart-ass, we have four different types of cards; each has a hint that the player is supposed to solve before everyone else. There are many types of questions, so nobody feels left out, and the topics appeal to people of all ages.

Monopoly is one of the most famous and extensively played games globally. It has long been a favorite of college students as well as adults, there is no age limit, and all ages love it. Monopoly players travel around the board by rolling two dice. They have paper money and are supposed to buy and trade properties and develop them with hotels and houses as they go by. The idea is for the players to also collect the rent from their opponents whenever they reach their place in order to bankrupt them.

Monopoly has been licensed locally in 103 countries or more and is now produced in approx 40 languages around the globe.

Forbidden Island is one of the finest games for college students since it combines excitement and teamwork. The cooperative nature of Forbidden Island sets it apart from the other games. In this game, there is no competition among the players; instead, the players work together to attain a common goal. The board game is generated at every move to maintain the interest, and you can pick between multiple levels of difficulty, whatever fits your choice. This highly involved game is a collegiate classic that will keep you entertained for hours.

Cards Against Humanity is a question-and-answer game. Not your usual Q/As but a more fun session. This game can easily be played by a large group, 10, 20 approx or maybe more than that. In this game, one player has to ask a question from any black card, and then the others have to answer that question with their white cards. This game allows you to be spontaneous, creative, responsive, and inappropriate while still getting your brain to work. Cards Against Humanity can also provide you with a deeper degree of connection with colleagues.

In fact, there are a lot of fun educational board games which can easily be found online by college students. It is up to you what to choose to entertain yourself during student life.