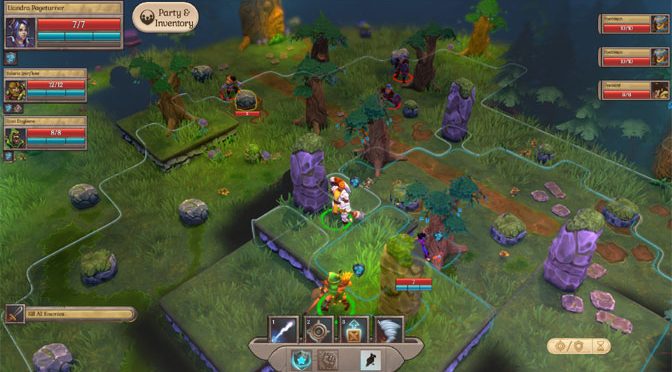 All in! Games is excited to announce that Fort Triumph, the fantasy turn-based tactics title from CookieByte Entertainment, will be released for Nintendo Switch, PS4, and Xbox One on August 13 with backwards compatibility on PS5 and the Xbox Series S|X. There’s news for PC players too!

“After Fort Triumph’s successful debut on Steam last year, we are confident that console players will enjoy the unique blend of XCOM and Heroes of Might and Magic III it presents. The demand for tactical games on consoles is growing so we’re excited to provide fans of the genre with something fresh,” said Piotr Żygadło, CEO at All in! Games. “The game’s colorful visuals and upbeat soundtrack complement its quirky essence. We think it will suit both hardcore gamers looking for a challenge as well as casual players that are drawn by the game’s lighthearted comedy.”

Fort Triumph is a fun fantasy-themed turn-based tactics game. It has been described as part XCOM, part Heroes of Might and Magic III, while adding unique tactical environmental interactions of its own. Decide what level of challenge you’re ready to face, explore the world, build towns, collect artifacts, improve your heroes, and utilize physics to influence your tactical surroundings while you enjoy original in-game music created by award-winning composer, Marco Valerio Antonini.