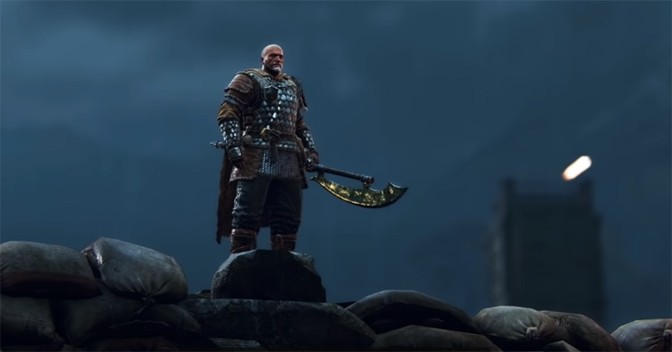 Today, Ubisoft announced that For Honor Year 4 Season 4 Mayhem is now available for all players on PlayStation 4, Xbox One consoles, Windows PC and Ubisoft’s subscription service, Ubisoft+. In addition, 60 FPS gameplay is now available for current-gen For Honor owners on PlayStation 5 and Xbox Series X | S for free through next-gen backward compatibility.

In a pivotal moment in Heathmoor’s history, rebels from all factions needed guidance to become a full-blown army, and the mercenary Gryphon answered their call to form the Chimera Alliance. Beginning today, the Knight Errant Gryphon invites players to join the resistance to defy the Order of Horkos and stop the Corruption in Year 4 Season 4 Mayhem.

Players can now unlock Gryphon as a playable Hero. Previously known as Holden Cross, Gryphon was a great warrior in the Order of the Lawbringers who fought side-by-side with Apollyon. After her death, he was rejected by his fellow Lawbringers, prompting him to join a mercenary guild and journey across the world, making friendships in all factions and learning new fighting techniques with a Bardiche, a sturdy poleaxe. Starting today, players can purchase Gryphon from first-party stores for $7.99 as part of a package that includes the new Hero, one exclusive Ornament, one Elite Outfit, three crates, and seven days of Champion Status. Players can also unlock the Gryphon Hero for 15,000 Steel in-game beginning December 24.

From today until December 17, For Honor’s Testing Grounds are once again opening for a new testing phase. All players will be able to try new gameplay improvements for Warden, Peacekeeper, Shugoki, and Nobushi.

In addition, Year 4 Season 4 Mayhem will also conclude the For Honor Dominion Series, the currently on-going competitive program Ubisoft announced in the beginning of Year 4. Players will have one more chance to compete in the Last Chance Qualifier Pools and Playoffs on Dec 19 and Jan 9 respectively to earn their spot in the Grand Finals, which will happen on Jan 23. The program consists of a $35,000 prize pool. More information can be found on battlefy.com/dominionseries.

For more information about the new season, please visit forhonorgame.com/mayhem.