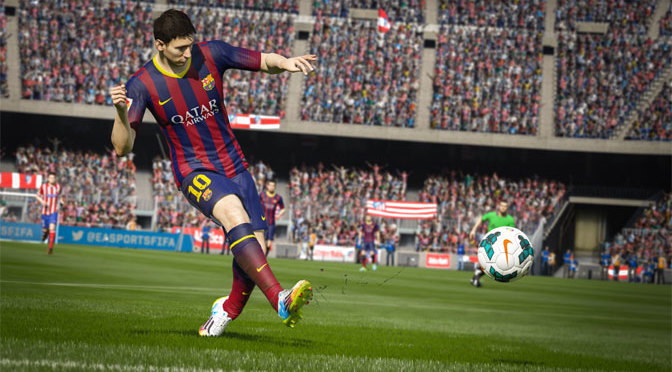 It was on his team’s route to the Europa League glory in 2018 that Atletico Madrid forward Antoione Griezmann hit the headlines for much more than just his goal scoring exploits. For this special on football players we teamed up with FootballPredictions.com – a website about football tips, football predictions and match previews on the biggest football leagues globally.

Having scored the second goal in his team’s 2-0 Europa League quarter final first leg victory over Sporting CP, the Frenchman let the world know he was a huge Fortnite fan – after dishing out the ‘Take the L’ celebration.

He did the same in the Europa League final when his team ran over Marseille in a comfortable 3-0 fashion. Griezmann scored the brace on the big night and once again demonstrated his affection towards the popular game.

The French international went even further by celebrating the same way in the World Cup final against Croatia, which at the time was even considered particularly inappropriate and even rude.

Other players have quickly followed suite and we’ve seen numbers of them across some of world’s popular competitions copying all sorts of Fortnite celebrations as a way to confess their love for the video game. It was spreading into football like a wildfire – once again placing the focus on the popularity of video games among football players.

The long-lasting love affair dates way back before Fortnite was just a creative idea in the making, however.

Young lads who have dedicated their life to succeeding at the professional athletic level will have their lives planned out to the tiniest of details with strict regimes and schedules which leave little free time. It comes as no wonder, hence, that players would find resort in playing video games to occupy their minds and pass their scarce free time.

We would often see biggest stars playing all kinds of games on their computers and tablets on plains while travelling to away games. The most popular among the games is definitely FIFA and players are often seen showing off their skills with the ball – not with their feet but with their fingers.

Jesse Lingard and Marcus Rashford took it to FIFA 19 as a way to get over the Manchester United Carabao Cup defeat to Derby County in 2018.

One of the biggest football stars on the planet – Neymar – is also an avid game lover. Unlike the Manchester United duo, the PSG superstar is a Pro Evolution Soccer fan, while he also likes to play Call of Duty, GTA, The Kind of Fighters and even basketball games as the Brazilian confessed himself in a Red Bull video.

As a fun way to escape the often tedious realities of everyday responsibilities, video games offer comfort, satisfaction and pump up our adrenaline. For footballers, however, they can also be a form of preparation.

Self admittedly, Antoine Griezmann plays Fortnite to polish his in-game focus which apparently he learned from Italy’s master Andrea Pirlo. A part of football folklore today, the story of Pirlo spending his afternoon playing FIFA before beating Germany in the World Cup final in 2006 is one of the most fascinating urban legends you will have heard.

“After the wheel, the PlayStation is the greatest invention of all time” is the quote, famously adorning Andrea Pirlo’s autobiography as the ultimate proof of the unbreakable bond football players and video games cherish.