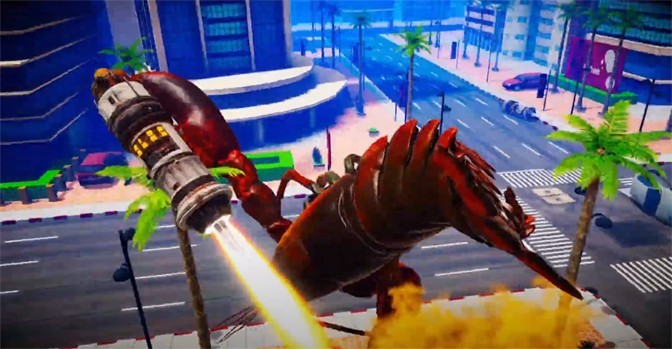 The rules of Fight Crab are simple: You are a giant crab – embark on a world tour of crustacean conquest, flipping over and pinning anything that crab walks in your way. Master classic fighting game moves like blocks, grabs and hyper mode-activated skills, and unlock powerful new crabs and abilities with each victory. Arm yourself with an arsenal of wild weaponry, including the whip sword, nunchaku, axe gun, chainsaw, beam saber, jet engines and more – everything needed to crush the living shell out of your foes!