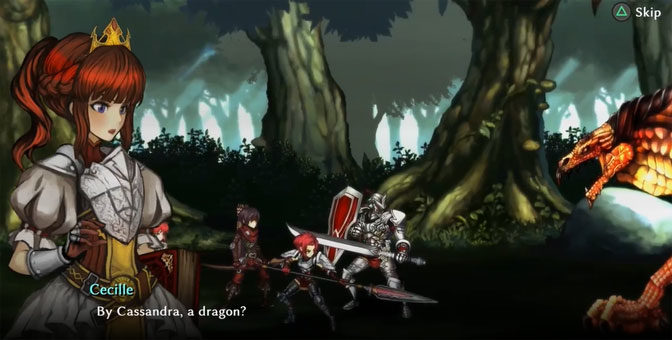 YummyYummyTummy studio has prepared a fantastic surprise for everybody who loves action RPGs and cannot wait for Fallen Legion release day! Now you have the unique opportunity to get to know the full story of Fallen Legion at once. If you are living in the Americas you can visit the PlayStation Store today and pre-order the PS4 version of the game to get Fallen Legion: Flames of Rebellion for Vita as a bonus. Worry not European players – you will soon get the chance to pre-order the game and take an advantage of the same bonus.

Every conflict has two sides and Fallen Legion shows the scars of war from both perspectives. In Fallen Legion: Sins of an Empire for PlayStation 4 you guide Princess Cecille and a cheeky talking Grimoire on a quest to restore glory to her crumbling empire. Fallen Legion: Flames of Rebellion for PlayStation Vita puts you in control of her rival, Legatus Laendur, a cunning general leading a coup to overthrow the royal family.