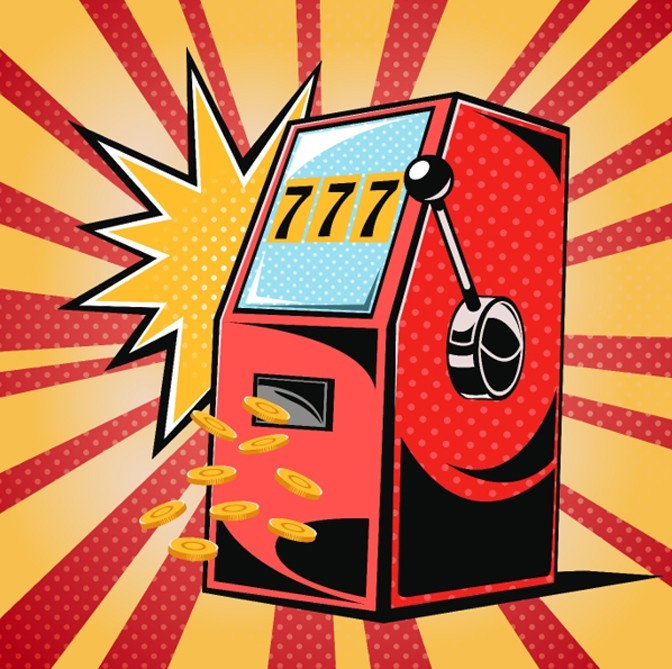 These days, slot games have become the king of all online gaming platforms, with so many different themes and special features to choose from, but that hasn’t always been the case. Through the years slot machines have come on leaps and bounds, even offering new online players casino welcome bonuses and offers on the latest games. It’s hard to imagine having to pull a lever and collecting your price in sweets and cigars from the bar, right?

Read on to find out more about the history of slot machines.

The origin of the slot machine can be traced all the way back to the 19th century, with the first ever gaming machine being developed by New York manufacturers Sittman and Pitt. These machines were fairly simple, containing five metal drums and a deck of 50 rotating playing cards.

The Sittman and Pitt machine could be found in a lot of bars across America, costing just one nickel to play. After inserting their money, the player would then be required to pull the side lever to get the reels spinning – which is where the nickname “one-armed bandit” was coined from. To win from this machine you’d need to line up winning Poker hands, before a payout would be triggered. This made the game quite easy to win, so the ten of spades and jack of hearts were soon removed, making the chance of getting a royal flush decrease by 50%. The machine had no direct payout mechanism so any winnings would be paid out at the bar in the form of free drinks and cigars.

Meanwhile, Charles Augustus Fey is also often hailed as one of the first inventors of the slot machine, building several different models, although the exact date of his creation is unknown. Fey was the first person to create a machine which could perform its own automatic payouts. To make this work, Fey had to make the reels and symbols less complicated.

The slot machine now spun just three reels, with five drums. Instead of playing cards, there were the following five symbols to look out for: hearts, diamonds, spades, horseshoes and a liberty bell. Roll in three of the bell symbols and you’ll win the jackpot prize. And, because of this, Fey’s machine was named the Liberty Bell, and gained huge popularity.

Whilst the Liberty Bell continued to be manufactured, despite a ban in 1902, a Chicago-based developer by the name of Herbert Mills produced the next big slot machine called the Operator Bell. Fast forward to 1908 and Mills’ machine could be found in most shops, salons, tobacconists and bowling alleys. This was also when the BAR symbol was first introduced to the Slots industry, and still remains a prominent and lucrative icon in classic Slots gaming today.

Here came the first fully electromechanical slot that the gaming scene had ever experienced, developed by Bally and named Money Honey. With this machine, the reels were operated by electricity, although the lever remained. After all, what’s a one-armed bandit without the arm?

Money Honey was also the first machine to be able to make automatic payouts of real coins. The payouts were capped at 500 but still incredibly impressive from the type of gaming machines that punters were used to.

The mechanics of the slot machine continued to progress throughout the years before along came the invention of the internet. At first, only Roulette and Blackjack made their debut in the world of online gaming, however Slots weren’t far behind. Nowadays, all we know is online Slots and we’re spoilt with the number of themes and features available to us at just the click of a button.