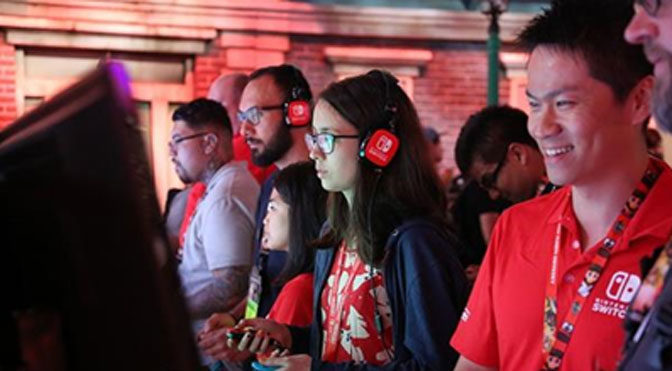 According to the ESA, the trade association that owns E3 Expo, more than 68,000 people convened at the Los Angeles Convention Center June 13-15 to attend E3, the world’s largest and most anticipated video game event. Billions more watched E3 2017 online as nearly 300 exhibitors showcased thousands of new products, including more than 150 never-before-seen products and titles.

“You play with these people all the time but to see how big the gamer community really is. It’s kind of mind-blowing,” said gamer Emily McIntosh of Nebraska, who was amazed by E3 2017.

Also at the show, Ringling College of Art and Design’s Phonetica was selected as the winner of the 2017 E3 College Game Competition. “I am honored to have been able to showcase my project on such a public stage and am humbled by its warm reception,” the game’s creator and recent graduate Trent Sivek said.