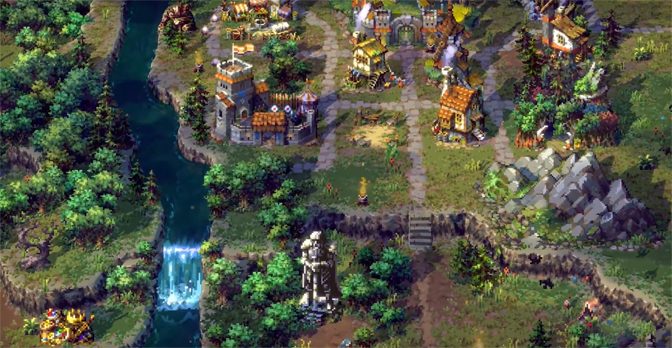 Songs of Conquest is a classic adventure strategy game where players will shape the fate of their kingdom. In a land brimming with magic and opportunity, they will command armies of otherworldly beings and powerful combat magicians, ‘Wielders,’ as they undertake quests, battle monsters and dominate enemies. To raise the ultimate fantasy empire players must focus on developing war strategies using the games’ unique combat system whilst optimizing build orders, managing resources and exploring the rich and unique fantasy world.

“Songs of Conquest is our love letter to the old school adventure strategy games that we grew up playing, but with a completely fresh look and a unique combat system that adds so many new layers to the traditional formula,” said Carl Toftfelt, Game Designer at Lavapotion. “Our team is made up of games and TV industry veterans with a huge passion for fantasy so bringing this world to life is an incredibly satisfying project.”

“We’ve been talking about doing a game in the spirit of our beloved old-school adventure strategy titles since the very early days of Coffee Stain, so Songs of Conquest has a very special place in our hearts,” said Anton Westbergh, CEO/Co-Founder of Coffee Stain. “It’s a title that’s captivating and beautiful, but at its core very gameplay focused, it offers great strategic freedom and we know fans of the genre are going to be absolutely enthralled.”