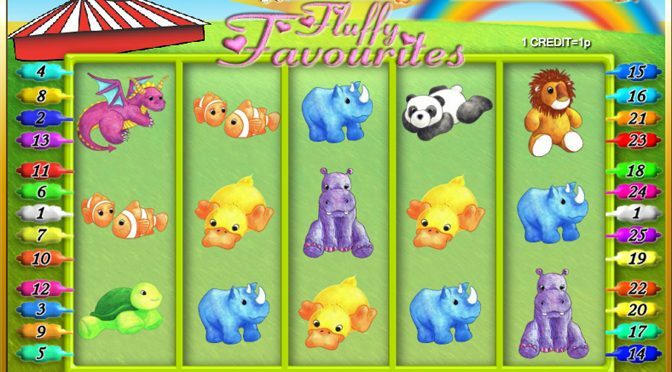 It would appear that the UK Gambling Commission (UKGC) are currently turning their attention to online casino operators and the suppliers that design and develop the games those sites offer their customers, as they are of the mind that certain slot machine themes are far too appealing to children.

The UKGC have recently deemed 30 online slot machines to be way too tempting to children, and have passed the names of those games over to the Advertising Standards Authority for investigation.
Whether their worries are founded and have merit or not, does of course remain to be seen, however there is certainly no getting away from the fact that many slot machines do have themes that some children would find attracting and appealing, but surely that has always been the case.

Over the years, I have seen themes including many for children’s TV shows as the themes for fruit machines and slot machines, including the Flintstones, the Simpsons and a whole host of different cartoon shows too.

But it would also appear it is also those slot machines that have a cute set of animals as reel symbols or based on the name the slots that have colorful and child appealing symbols printed onto the slot game screen that are worrying the Gambling Commission.

The upshot of the investigation by the Advertising Standards Authority into the design of slot ma-chines, will I presume be for them to determine whether having a theme that could appeal to children on any online slot games, which can be found on sites such as this, has led to an increase of children playing such machines and has led to children being turned into gambling addicts too.

One must question how it is possible for a child to gamble online, when there are already in place vigorous checks and double checks by all online casino operators to verify the age, identities and addresses of their customers, in fact most children I know do not have a debit or credit card which is the main way customers of online casinos fund their accounts too.

There is however hard data that does reveal that a great many youngsters who are not old enough to legally gamble do so, as a report compiled back in November of last year shows that almost half a million children between the ages of 11 and 15 had placed a bet online either at a betting site, poker or bingo site or at an online casino using their parents money.

Therefore those children must have made use of their parent’s credit and debit cards to sign up to such a site and then deposit and gamble at those sites, which is somewhat worrying it does have to be said.

That report also went on to say that 3% of those children surveyed admitted that they had used their own money to gamble online, which does raise concerns as to just how robust the player verification systems are in place at such sites.

Whether or not a whole slew of slot machines are going to be banned from online casino sites once this investigation is complete, does of course remain to be seen, but that is something that may just happen.

However, if so then the companies that do design slot machines are going to have to think long and hard as to just what themes they are going to be giving their slots in the very near future, as most of them do come with a theme that could be deemed to be attractive and appealing to underage gamblers, including but not limited to all sports categories and not only TV shows and car-toon characters and the like.