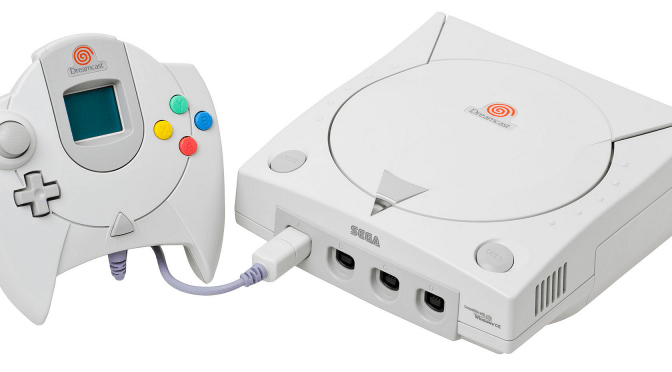 Never to be one to let a Dreamcast anniversary pass me by, it’s time to celebrate 20 years since the launch of my most beloved games console. I love an opportunity to extol the virtues of Sega’s final console because it was the one that laid the blueprint for the consoles we all play today.

Let’s go back to December 1998, when Sega released the Dreamcast, in Japan. Sega wasn’t in a great position, after the failure of the Sega Saturn, which was compounded by the overwhelming success of the Sony PlayStation. And two years later the most successful console of all time would be launched, the PlayStation 2, buoyed by Sony’s expert marketing machine.  But it was the lack of third party developers that really put the nail in the Dreamcast’s coffin, which is ironic because it had some of the best games of that generation.

Dreamcast was ahead of its time because it was the first console to go online, offering a multiplayer experience in Phantasy Star Online. It would take Microsoft another three years to launch Xbox Live and cement online gaming as a fixed part of the console experience.

Not only were the graphics incredible, but Dreamcast offered an amazing array of peripherals, thanks to its arcade roots. “Select a lure” is that classic line from Sega Bass Fishing, with actual fishing rod. I whiled away many hours with the Dreamcast gun on House of the Dead, for that arcade in your living room experience.

Then there was the incredibly difficult to describe to anyone game, Seaman. Think amphibian with the face of a man baby that you have to talk to and nurture out of a fish tank. That’s Seaman. It sounds terrible and nobody is every convinced that that could be fun, but it was.

Seaman allowed you to  talk to a video game via, yet another groundbreaking peripheral, a mic that slotted into the Dreamcast handset. The game was so cleverly written that it made you feel like you were actually talking to a thinking creature.  Seaman would ask you questions and respond to your replies. He’d come back with quips and he got testy about the weirdest things and you’d laugh. It’s one of those classic Dreamcast experiences that won’t ever happen again. And although mics are part of current gaming, we still don’t talk to our game characters, 20 years on.

The Dreamcast game lineup was just endlessly awesome. Jet Set Radio (Jet Grind Radio in the US) was flashy cel-shading, wrapped in a future Tokyo setting that tapped into the urban sports trend that was happening at that time. It was a smooth, exciting and responsive game. It was iconic.

Speaking of icons – Ooh La La, the retro future space reporter who “shoo shooed” her way around the galaxy rescuing hostages from little aliens. That’s stylish action rhythm game, Space Channel 5, but don’t forget the sequel, featuring Space Michael Jackson. This is a real game that happened and it was good.

From Ikaruga to the gorgeous Rez, Soul Calibur and arcade classic Virtua Cop, Dreamcast delivered a veritable feast of great games. However, Shenmue and particularly Shenmue II, delivered openworld gaming to us and we never looked back.

In the streets of Hong Kong, people would open umbrellas when it rained, thanks to the variable weather effects. Sometimes you’d see a low-flying plane fill the Hong Kong sky and Ryo would gaze up and then you could go to the arcade and play games,  in the game. Shops would be closed if you went at the wrong time of day because the game had an in-built clock and to phone someone, you actually had to punch in the numbers in the phone box. These things are commonplace in games now, but back then they brought the world to life. It was rich and bustling and full of distractions – play pachinko, talk to strangers, get a job – that was Shenmue.

It’s sad to think that many people may just remember Dreamcast as the console that killed Sega, but it was just the right console at the wrong time.

Dreamcast was a pioneer and one of my two still sits under the TV. Sometimes I even play it. Happy birthday Dreamcast.