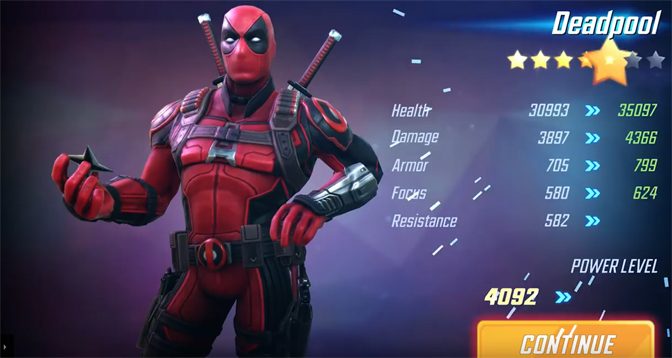 Calling all agents of S.T.R.I.K.E.! There’s a new antihero on the block and he’s known for causing mischief. To celebrate the cinematic release of Deadpool 2, the Regenerating Degenerate himself is taking over MARVEL Strike Force from now through June 10, with tons of new Deadpool 2-themed content to check out.

Starting today, S.T.R.I.K.E. agents can work to unlock and battle against the immortal antihero in brand-new Deadpool 2-themed Raids and Blitzes. As an ally of your Strike Force, utilize Deadpool’s eclectic arsenal of weapons and kick-ass moves to battle it out against the enemies of S.H.I.E.L.D and earn “chimichanga” premium mOrbs for special Deadpool 2-themed gear. Based on your level in the game, Deadpool could also be your enemy in battle, so be prepared to fend off piñatas full of tricks and surprises.