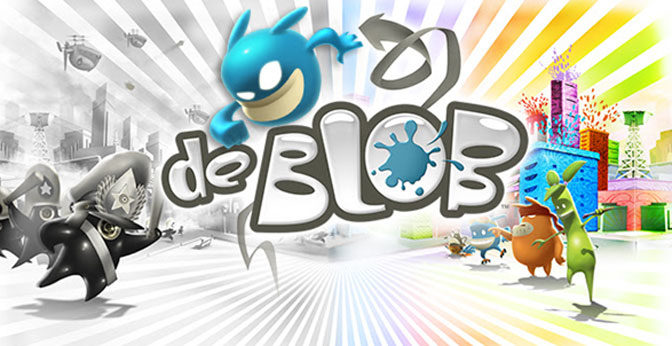 THQ Nordic is releasing de Blob today on PlayStation 4 and Xbox One in collaboration with the fine folks over at BlitWorks. Earlier this year, in March, this fully remastered version of de Blob made it’s glorious PC debut and is now ready to color up current-gen consoles!

The evil I.N.K.T. Corporation has declared ‘Color is a Crime!’ and leeched Chroma City of all its beauty and interest. The race to rescue Chroma City has just begun, and only de Blob can save the world from a black-and-white future with his unique abilities to color the world back to life.

• de Blob: Flip, bounce and smash your way past the all-powerful I.N.K.T. Corporation to launch a revolution and save Chroma City from a future without color

• Long Live Color! Join the Color Revolutionaries in the resistance against Comrade Black and his diabolical array of hot plates, electric shocks, and ink turrets

• Free The Citizens: Free your friends from a black and white world by painting the city back to life as you dodge ink cannons, flatten I.N.K.T. tanks and outsmart Inky soldiers

• Save your City: Paint Chroma City’s towering skyscrapers, expansive bridges and massive landmarks in your own style using custom colors, patterns and soundtracks