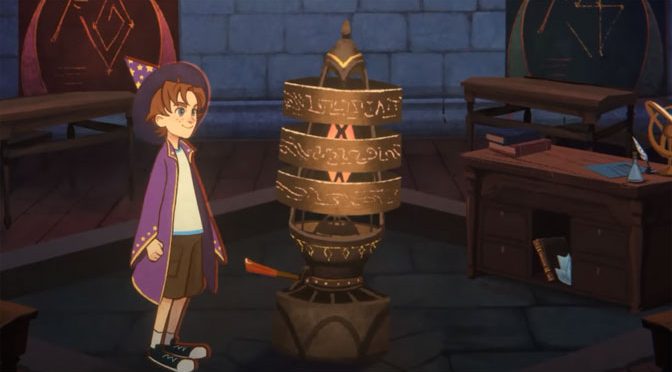 Publisher Leonardo Interactive and developer Smallthing Studios are opening a new chapter in video games history as they announce that Simon the Sorcerer – Origins, the prequel to the original Simon the Sorcerer point and click adventure is currently in development for PC and consoles. The Simon the Sorcerer brand has entertained fans for almost 30 years and the launch of the Origins prequel will look to bring a fresh, modern reimagining of this classic adventure game franchise.

Paving the way for many of the beloved point and click graphic adventures that have been entertaining fans for almost 30 years, Simon the Sorcerer stole the hearts of gamers when it was released on MS DOS and Amiga computers. Applying modern visuals and cutting edge gameplay mechanics to the development of Simon the Sorcerer – Origins will be highly appealing to fans of the original titles as well as engaging a new generation of gamers excited for the current revival of these classic franchises.

Simon the Sorcerer – Origins is the official prequel to the original Simon the Sorcerer game and transports players back to a few weeks before the events of the first episode. The game world is crafted with a modern visual style filled with seamless realtime sequences, magic and puzzle solving tied together with an engrossing storyline that will finally answer some important questions raised by fans from the first game.

“We are beyond excited to finally be able to announce Simon the Sorcerer – Origins and embark on the exciting development journey with Smallthing Studios” commented Leonardo Caltagirone, founder of Leonardo Interactive. “It has been a long time wish of ours to revive one of the gaming industry’s best loved and iconic characters. Our goal will be to create a new world brought to life with beautiful modern visuals and all new gameplay mechanics to tell the untold story of Simon’s origins.”