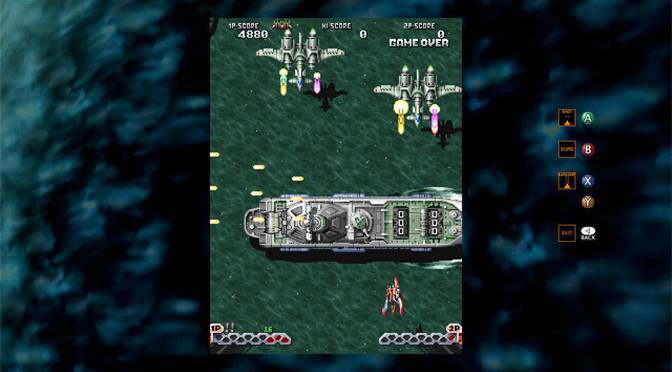 Triangle Service Ltd. and Degica are pleased to announce that the arcade vertical shooting game DELTAZEAL is now available on Steam for Windows.

DELTAZEAL joins XIIZEAL, which was released in June, to complete the “Shooting Love Anniversary” compilation on Steam. Originally released for the arcade in 2002, these are the inspiration point for all Triangle Service shooting games. DELTAZEAL features an original system of 10 power up slots which you can fill with any combination of wide shot, concentrated laser, or defensive auto guided missiles upgrades. Mixing power ups provides greater versatility, but at the expense of raw power, so the player will need to choose the best balance for their playstyle. Depending on the player’s route, secret enemies can appear, and there are also branching stage paths, so every playthrough can bring about new discoveries. In all, there are 9 stages of pure pixelated mecha shooting – the quintessential classic arcade experience.

In addition to the main DELTAZEAL release, we are also releasing the soundtracks for both DELTAZEAL and XIIZEAL as a DLC. Finally, a special compilation called “Shooting Love Anniversary Edition -XIIZEAL & DELTAZEAL-” will be released, which includes DELTAZEAL, XIIZEAL, and both soundtracks all in one pack.