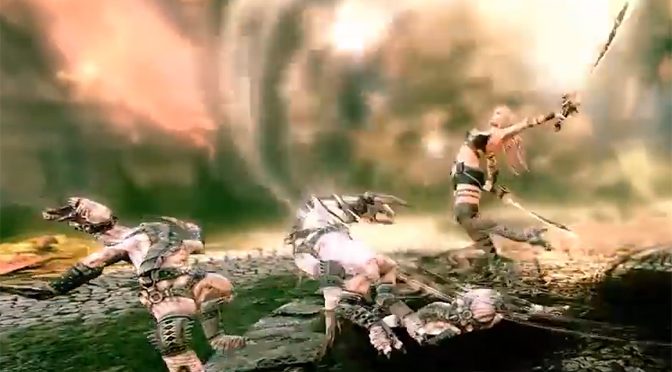 Gaijin Entertainment announced that Blades of Time for Nintendo Switch is available now, and it features everything that made the original a fan-favorite: cool-looking treasure huntress Ayumi clashes with hordes of monsters using swords, fire-arms, magic and time-warping abilities. The updated combat system, which takes full advantage of the Switch’s intuitive controls, transforms the classic Blades of Times into a truly modern experience that will keep both fans of the series and new players hooked for hours.

The Nintendo Switch version will also once again feature the fan-favourite Hard Mode that will be especially appreciated by fans of high-paced console action games. It was only available in the PS3 version of the game as an extra feature available after completing the game, but now it is ready for action right from the start. The Hard Mode will offer a completely new experience, as enemies and bosses are not only dealing more damage and have more health, but also start utilising new tactics and skills compared to the normal game. Using the full plethora of Blades of Times’ battle mechanics and Ayumi’s abilities will be key to beating the game on hard mode.

Blades of Time utilizes the Dagor Engine – the in-house technology used by Gaijin Entertainment for all its games. Now it works with Nintendo Switch and supports the cross-platform Vulkan API to make sure that both visual quality and FPS rate will stay high even on a mobile device, which is especially important for fast-paced action titles like Blades of Time. Ayumi’s time-warping ability results in several clones of the character existing and acting simultaneously in the same scene, which increases the load on the graphics engine, but the game still performs smoothly.