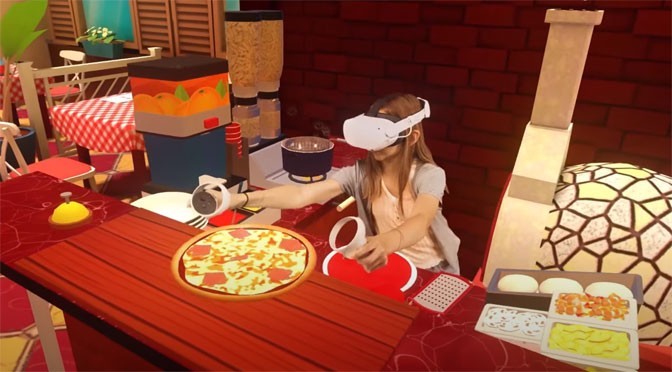 “We’re excited to deliver the final version of Clash of Chefs, complete with new content like a Mexican restaurant, achievements, customization features, and more, to our fans on Oculus Quest’s hyper-curated platform,” says Adrian Djura, CEO and Founder of Flat Hill Games. “We can’t wait to witness the delicious and diabolical dishes our community serves in between occasional food fights.”

Becoming the next Gordon Ramsay won’t be a cakewalk, as customers will order increasingly intricate items off the menu once players have learned their way around a spatula. Fans will have to flip burgers, boil spaghetti, roll fish, and wrap burritos with precision if they hope to earn a notable spot on the leaderboard. Smash plates over a waiter’s head or splash soda in a rival’s face to serve dinner with a show.

Clash of Chefs VR is now available for Oculus Quest and Steam VR headsets for $19.99.