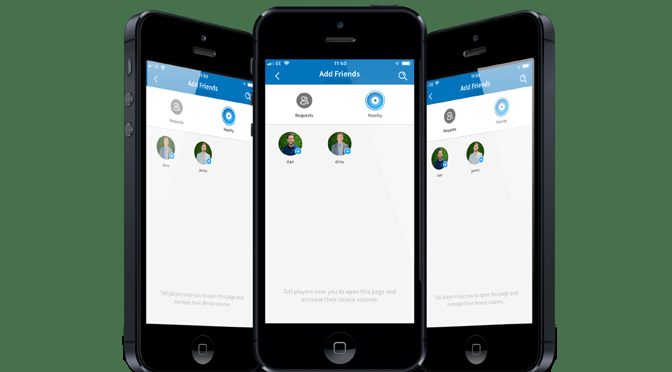 Chirp, the pioneers in data-over-sound technology, today announced it has incorporated its technology into the Roblox apps for iOS and Android to connect friends using sound and proximity between mobile devices. Roblox, one of the world’s largest online entertainment  platforms for kids and teens, is using Chirp to safely and securely add nearby friends from within the Roblox app.

Chirp’s technology uses sound to transfer data, converting it into an audio signal that is emitted by the device’s loudspeaker which can then be received by other devices nearby via their microphones. Listening devices can then convert the signal back to the original data. The process can use audible or inaudible ultrasonic audio tones, and works on any device with audio capabilities.

Making friends with nearby players has traditionally been tricky, requiring users to manually enter the IDs of gamers that they want to play with. The integration of Chirp’s technology into Roblox’s new app has greatly streamlined this process, by using short bursts of audio to identify nearby users and add each other as friends.

This new solution is both COPPA and GDPR compliant, as no data or audio is recorded or saved, and the solution is entirely offline with processing taking place only on the user’s device. This gives an extra layer of security and privacy to young gamers whilst at the same time making the process fast and convenient.

Earlier this year, Chirp announced a collaboration with Microsoft, to speed up Wi-Fi provisioning on their Azure MXChip DevKit IoT platform. Chirp’s technology is also used by leading brands like games by Activision-Blizzard, and in the toy line of Emmy-nominated Netflix original series, BeatBugs. It also revolutionised ticketing for Indian transportation company, Shuttl.

“Based on our integration with Chirp, our users can now easily make friends with nearby users in a safe, secure way that doesn’t require GPS location, WiFi, or personally identifiable information,” said Antoni Choudhuri, Director of Engineering at Roblox. “Providing easy, secure solutions for our players to connect, play, and have fun together is at the core of our product’s experience. We look forward to further collaboration with Chirp going forward.”

“The feature we’ve helped build into the Roblox app is a big step forward for mobile multiplayer gaming,” commented James Nesfield, CEO at Chirp. “Our data-over-sound technology makes it easy and safe for users to find and connect with friends who are nearby. It’s another example of improving a process that was difficult and frustrating via the simple integration of our software toolkit.”

Chirp’s SDKs are available at developers.chirp.io