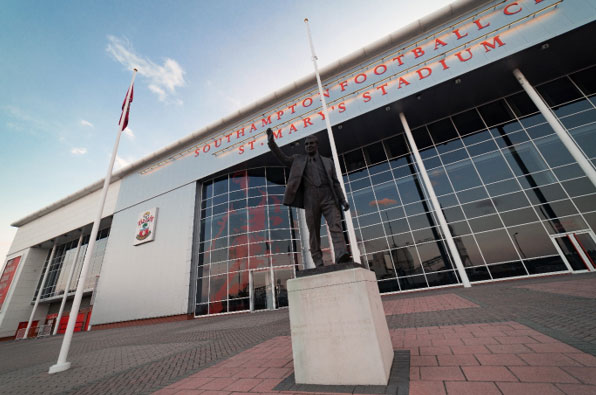 It had once looked like Southampton head coach Ralph Hasenhüttl was certain to be sacked. His team had just suffered one of the club’s worst humiliations – a 9-0 home defeat to Leicester City, and the team looked devoid of purpose and quality.

That was 25th October 2019. Just over a year later, the mood around St Mary’s couldn’t be more different, and crucially, Hasenhüttl is still the man in charge. He has overseen a dramatic turnaround in fortunes at the south coast outfit, and at the time of writing, Southampton sit nicely poised in 5th place in the Premier League table, after nine games of the current season. The Saints have lost just twice so far in the league, and are unbeaten in their last seven.

Their change in fortunes has been remarkable since that dark, dark night last October. That is now but a distant memory, and supporters will be hoping that this outstanding run of form can continue into a sustained season of excellence.

But how realistic is it that Southampton could compete for a European spot this season? Well, not too long ago the Saints featured regularly in the upper reaches of the Premier League table, and so supporters will be expectant that they can get back to those levels once again. While it has looked more likely that Southampton would drop down to the Championship in recent campaigns, now that the club have survived all that and are pushing forwards once again, perhaps a return to Europe isn’t out of the question.

They’ll be up against it though. Their recent opponents Wolverhampton Wanderers will be desperate to get back to European competition after narrowly missing out last season, and then there is also the likes of Arsenal, Manchester United, Leicester City and Everton to contend with. But while they may be considered as outsiders when it comes to football betting, there’s no reason why Hasenhüttl’s side couldn’t break into the European places should they continue their impressive form.

There is a good balance to the team. Defenders like Jack Stephens, Jan Bednarek and Jannik Vestergaard seem to have found some forward, with quality full-backs in the shape of Kyle Walker-Peters and Ryan Bertrand. Midfielder James Ward-Prowse has been in exceptional form this season, dictating play and proving a goal threat with his free-kick expertise. Strikers Danny Ings and Ché Adams have developed a good partnership, and then there is the presence of Theo Walcott, who has returned to the club where he burst onto the scene as a youngster.

There’s plenty for their supporters to get excited about, and given the fact there have been some crazy results in the Premier League this season, who’s to say Southampton couldn’t emerge as a challenger for Europe. They may look at the example of Sheffield United last season as proof that it’s not impossible to contend with the so-called super clubs in the Premier League.

The main thing is that the club have come on leaps and bounds since that devastating defeat at the hands of Leicester. Things were bleak that night, but there is now a brightness around St Mary’s and a sense that this season promises great things.