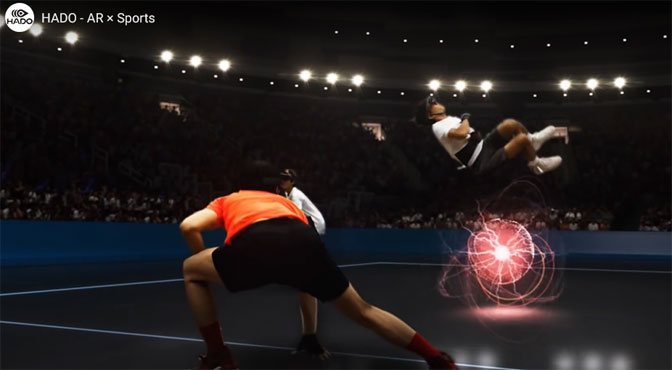 Just a few years ago, hardly anyone had heard of esports. Now, it seems that they’re everywhere! More people than ever before are recognizing the potential that esports have and increasing numbers are participating – either as a player, as a spectator or even as a bettor. If your idea of online gambling is logging into one of the top bingo sites, it might be time to rethink your wagering strategy. The possibilities that betting on esports hold are encouraging people from all walks of life to start betting on the outcome of games and tournaments – even those who have never considered placing a bet before. Gamers everywhere are delighted to see their favourite pastime moving into the mainstream, but, as yet, esports still have some way to go before they overtake the biggest and best-known sports like football and basketball. So, could esports ever rival normal sports in the future?

Interactivity – The Reason For Esports Popularity

Experts are beginning to believe that esports are the future of all types of sports. While this sounds extreme, evidence is mounting up to support the idea. Today, participants and spectators alike want to be engaged digitally if they’re watching. Gamification is the best way to deliver this – transforming watching into playing.

Although “real sports” are more popular at the moment that esports, supporters are beginning to see a new future unfolding before them – one where interactive leisure experiences become commonplace. Esports can integrate the principle of participating into leisure time effectively and easily. With the rise of VR, the worlds of esports and sports could soon be joined together into a physically active experience that appeals to a broad spectrum of people.

VR Esports – Are They The Future?

Although it’s likely to take some time to realise esports’ impact fully, the increase in virtual reality and mobile gaming makes it a strong possibility that esports will become a key component in the sporting world’s future. HADO is just one example of the possibilities – a sports arena-based game which is similar to dodgeball and which consists of battles in VR. The players wear a VR headset with mobile devices strapped to their arms. This enables them to see the other players’ actions while they throw virtual fireballs at one another. The most interesting and important thing about HADO is that it brings 3D playing into the esports sector, and Sony is now working on their own VR spectator system so that viewers can watch esports in VR. With VR headsets now becoming affordable and widespread, a fitness revolution could soon be underway. Virtual gyms as a result of high-end gaming tech will bring the world of sport together with the world of gaming in an effective and engaging way.

There are rumours on the horizon that VR could become part of the Olympic games as the International Olympic Committee raise the possibility of including esports in the programme of events. Instead of solely using virtual versions of regular sports, it’s probably that new sports like HADO will emerge for inclusion. It’s also possible that the traditional fields and stadia of classic sports such as tennis or football will be reimagined in a virtual space to make the experience even more exciting, with the ability to move not in two dimensions, but in three. Thanks to the potential of VR full-body systems, this could be possible as players would truly feel and experience their environment by putting on an exo-suit which simulates the world around them.

The Olympic Games in Tokyo is due to be held in 2020. Already, it has been debated whether or not esports will form part of the programme. An esports hotel as recently been launched in Tokyo and is set to be ready to open in time for the Games. Also, Intel, one of the Olympic partners, has announced recently that an esports tournament sanctioned by the Olympics committee will be held just a few days before the opening of the games. All of this is a clear sign that esports are on the rise and are set to be accepted into the mainstream within the next few years.

Although esports certainly won’t be one of the medal sports in Tokyo 2020’s games, 2019 has seen the first major sporting event to include esports medals. The South East Asian Games has pioneered an association with esports, indicating still further that this emergent technology slowly but surely is creeping into sporting mega-events.

Talks are currently underway about the programme which will be put in place for the 2024 Olympics in Paris. It’s likely that some type of esports event will be held. In 2019, esports were included within the cultural programme of the European Games and it’s worth bearing in mind that, in the earliest days of the modern Olympics, medals were awarded for achievements within the cultural sphere. All of this suggests that the future of esports is very bright.

While there is some way to go before esports can rival normal sports, it seems clear that the playing field is becoming more even with every passing year. Within a few years, it’s probable that both types of sporting activity will be equally well-respected by viewers and players alike, and will receive the same accolades and attention in the professional sporting scene. Gamers and sports fans alike wait with bated breath!