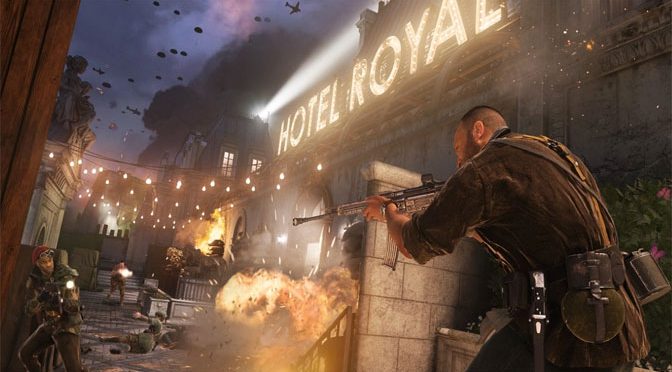 Call of Duty Franchise is all geared up to launch its new mainline entry: Call of Duty Vanguard. It is speculated to be brimmed with powerful features that include prominent battles across the main theatres of World War II. Moreover, the environment will automatically react and change with explosions and bullets. Similar to video games, there are also a lot of exciting free slots with bonus and free spins.

Call of Duty Vanguard is all geared to release on November 5th, 2021. Additionally, it is also a big title launch for Activision Blizzard since California filed a sexual harassment and discrimination lawsuit on July 20th.

Before the official revealing of the event, the Call of Duty Vanguard teaser was sent to content creators worldwide. The teasers suggested that there will be four war theatres that would feature in the campaign. After the August 19th reveal, an official trailer was released. The footage displayed a series of scenes playing across four different war theatres. And the characters prepared to act are the focus of the campaign.

Along with the trailer reveal, an end-game cutscene was also there in the Warzone. In the video, which was posted on YouTube by AJ21 and Family, which was later shared by CharlieIntel on Twitter, the winning team is seen going to of Verdansk in the helicopter-like usual. However, the final team member is dropped by a lone female sniper who is armed with Mosin-Nagant.

The campaign of this game will take you back to the World War II era, where you will focus on the rise of Special Forces across WW II’s four fronts. The campaign will not be a sequel to what you saw in Call of Duty: WWII. You will witness four Special Forces characters on the North Africa, Easter, Western, and Pacific Fronts.

The main characters of its campaign are Arthur Kingsley, Captain Wade Jackson, 2nd Lt. Lucas Riggs, and Polina Petrova. And these are all real-life heroes who have fought in World War II. They are sent as a special forces group to Germany and Berlin to determine Project Phoenix. They aim to find how the Nazis plan to extend their rule. You have played all the free pokies, but now it is time to take a step towards an adventure land.

One of the interesting pieces of information about the multiplayer feature of the game is that it will be launching in 20 different maps. Out of them, 16 maps will be dedicated for the conventional 6v6 multiplayer gameplay. And the other four maps are designed for the latest game mode – Call of Duty: Vanguard Champion Hill. The mode has been described as a combination of a gunfight and battle royale.

Among the new multiplayer features will be the Combat Pacing gameplay options. You will be able to select between the three Combat Pacing options with each of the other a unique experience. The three options include Standard, Blitz, and Tactical. Standard options, as the name suggests, are a conventional gameplay experience of the game. The tactical combat pacing option is similar to Hardcore, and Blitz offers a more casual gaming experience. The version allows the option of cramming as many players as possible in one map to offer more action, fun, and chaos.

Two popular features, including Black Ops Cold War and Modern Warfare, will be in this version as well. But they will be coming with new features that encompass ammo types and custom ballistics.

Another interesting aspect of the multiplayer option of Vanguard Multiplayer will be that it will come with destructible environments that will open up new gameplay opportunities to experience.

This is going to be the first time two separate Call of Duty games feature a co-op game mode developed by the same developers. Modes such as Zombies were created by reputed studios at the time like Sledgehammer Games, their Zombies game modes in WWII, and Advanced Warfare.

The game mode of Vanguard Zombies has a storyline that will be a prequel of the Dark Aether story in the Black Ops Cold War. Moreover, the news also implies that Sledgehammer Games have been centring solely on the Call of Duty Vanguard Multiplayer and Campaign.

Similar to Black Ops Cold War, the Call of Duty: Vanguard will come with Warzone as a brand new map will likely come with a battle royale game based on the Vanguard. Along with a brand new map, the Warzone will also have a dedicated anti-cheat with this version.

A reveal event for the new version of the game was hosted in the Warzone on August 19th, 2021, to create hype through the popular free-to-play game. Moreover, Raven Software tweeted a schedule of the forthcoming events for Warzone that include events on September 2nd through September 8th, which is taunted as “Classified.”

Moreover, Activision has claimed the game as the next-generation experience that boasts exciting visuals in the campaign, co-op modes, and multiplayer. A Cross-Gen Bundle is similar to what was offered for Call of Duty: Black Ops Cold Ward has been established—featuring next-generation consoles in tight supply among the shortage of chips. And, a lot of 2021 titles backing previous-generation devices, you don’t have to worry about being excluded.