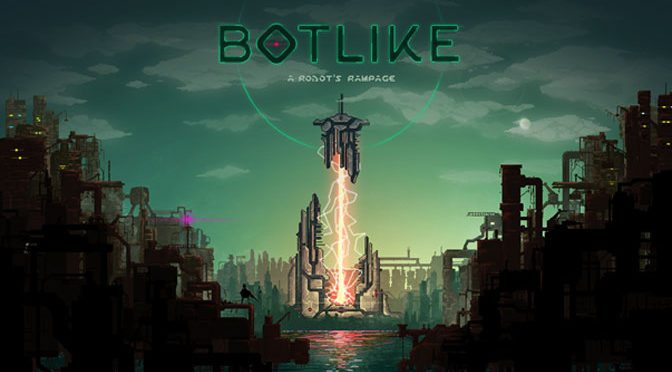 Botlike: A Robots Rampage, currently in early access on steam is a “loot-and-shoot” your way through hordes of robots or die trying. Play as S.I.R. – a grumpy old warbot on his path to revenge. In this platformer, it is action-packed and in “Roguelike” (like) manner of certain death. Through randomly generated and graphically impressive worlds, the player struggles to the heart of the totalitarian robot league, to deny there the grand finale. On the way, he finds many weapons and components for his bot, which is freely designable at any time. So every new beginning becomes a unique gaming experience. Botlikes is slated for a full steam PC release 2H of 2018.

“Botlike is in early access since September and with regular patches, a lot of content has been added. With the new champion system now in place we are currently working on the next big patch. It will include the long-awaited second level which will be set on a Mech graveyard. It’s the next big step on our roadmap through early access and it will add several more hours of playtime, with new places to explore, new encounter to master and new secrets to be found. New Tracks will be added to the already great soundtrack for more atmosphere and new mechanics will challenge your skill as you fight yourself through hordes of new enemies.” – Björn Clasen, Lead Developer