Bohemia Interactive is happy to announce that representatives Petr Kolář and Dominik Jicha handed over an $11,000 check to the director of Brno University Hospital, Professor Jaroslav Štěrba, on July 16th. The donated money was raised in a collection that brought together over 7,000 Vigor players on Xbox One.

“We set the price for the mask at $2 so it would be affordable for everyone. We wanted to donate the profit to an organization that helps to fight the virus,” explains marketing manager Dominik Jicha. 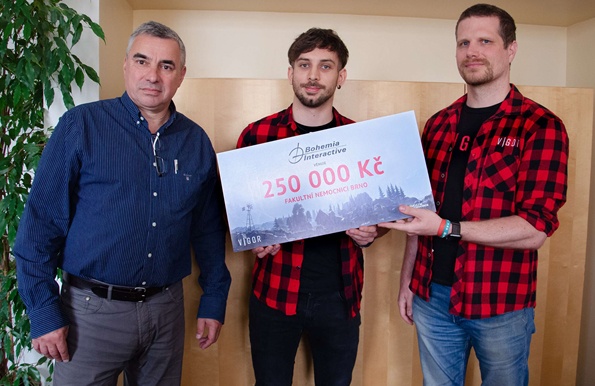 “We decided to support a local hospital which fights the virus. The hospital that cooperates with Masaryk University was a main testing spot for this virus and unfortunately, it became a target of a cyber-attack. The choice who the help was pretty obvious. We admire the work and strength of the medical staff in these hard times. We tried to help as much as we could,” adds the project lead Vigor Petr Kolář.

This offering is the result of the Vigor Stay Safe! Charity Pack, which was released in April of this year and was inspired by efforts around the gaming industry to rally to fight against COVID-19.