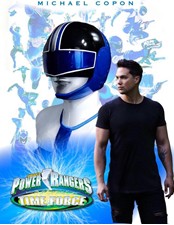 Michael Copon started his entertainment journey in the year 2000 in Hollywood, and it led him all across the globe. Growing up in Chesapeake, Virginia, Michael had the pleasure of learning art from his entire family, and he has been entertaining since he first took hold of his mother’s video camera at the age of 5 years old. “I love my job,” Michael says, full of passion and energy. “Acting is not lying, it is living truthfully in an imaginary circumstance with a little bit of yourself in that truth.” Michael is convinced that he will never give up!

Michael started his acting career as the Blue Power Ranger on Power Rangers Time Force while simultaneously modeling in various print advertisements for companies such as PacSun, Levis, and Sketchers. Alongside modeling, he was featured in numerous commercials repping for companies like Old Navy and AT&T. These opportunities kept him busy until he broke out on the hit TV show One Tree Hill as Felix Taggarro, the Latino bad boy. This show opened doors for him to other lead roles, like Penn in Bring It On: In It To Win It and Mathayus in Scorpion King 2: Rise Of The Warrior, both from Universal Studios. He is commonly known for playing the lead singer Ricky in the Boyz ‘N’ Motion on Disney’s That’s So Raven. Michael is also recognized through his frequent guest star roles in CSI: Miami, Hawaii 5-0, Reno 911, and Scrubs. Michael’s shows his range in the Night Of The Demons remake, and Lionsgate’s Killer Holiday (co-produced by Michael himself) where he taps into his painful past to play the serial killer “Melvin Holiday.” 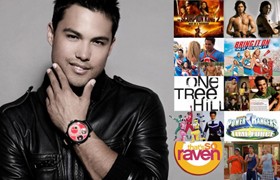 Acting isn’t all that Michael’s capable of doing. He is a singer who has toured with Bruno Mars and a philanthropist who fights to both defend bullying with his “I Am Me” campaign and support kids with autism and shaken baby syndrome. These concerns are dear to him because his adopted brother has a traumatic brain injury. “Being on set, I couldn’t help but figure out how movies are made,” Michael says, as he explains his journey to his hometown Chesapeake, Virginia to open up his very own film production studio “Michael Copon Studios LLC”. MCS has produced Worth The Price, written and directed by Michael, created a TV show entitled Dystopia, and co-produced the film Public Affairs, where Michael stars alongside Adrian Grenier from Entourage and Mimi Rogers. Michael has acted in over 21 movies, 95 episodes of television, and has produced 6 projects. Whether Michael is in the U.S. or overseas, west coast or the east coast, there is one thing that stays constant: Michael Copon is a force to be reckoned with.

“Power Rangers fans have been after us for years to bring in one of their actors,” said Marc Nathan, show promoter for the Baltimore Comic-Con. “It is fantastic that Michael is joining us this year, and with the resurgence in the show’s popularity between the major motion picture and the BOOM! Studios comic book title with its recent controversial story line, we’re sure Michael’s fans will be flocking to meet him.”

General Admission and VIP Package tickets for Weekend, Friday, Saturday, and Sunday are now on sale, as are Fan Packages and tickets to the comic book industry’s Ringo Awards! Visit www.baltimorecomiccon.com/tickets/ for more information and to purchase your advanced tickets now, and as always, kids 10 and under get into the show free with a paid adult admission!