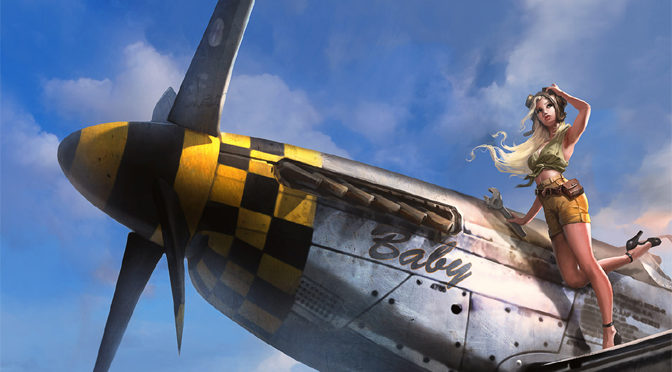 The gaming world is growing by the day, and 2017 looks like it could be the year in which gaming takes center-stage across the globe. This generation has been one of the greatest for gaming, with consoles getting their fair share of amazing exclusives. However, PC gaming has also seen a huge surge over the past few years, with developers now paying more attention to the Microsoft Windows and Apple Mac platforms. In 2017, you can expect many of new games to be released for free for the PC platform.

A number of games that are being released on the PC platform now follow a “freemium” model, which means that you can download and play the base game for free, but if you really want to stand a chance against the enemies, you will need to spend some money in-game and buy new upgrades. Despite many companies releasing paid games as well, the focus still lies on free online games that are available on websites such as www.joy.land where you can play online as much as you like with no costs and no need to download the game to your computer. So, here are some of this year’s leading titles that are very likely to make headlines.

War Thunder is not exactly a new game; it was released on the console a couple of years ago, but only recently landed on the PC. However, if you are interested in all-out World War II action where you get to destroy targets in a World War II-era plane or a tank, then this game is right up your alley. Join a group of friends, make your own squadron, and start shooting bad guys out of the air. Of course, there are also a lot of customization options available for you to create a unique-looking aircraft.

If you played Overwatch last year and liked it, then you should absolutely love Paladins. In fact, Paladins was released a short while before Overwatch, but offers the same thrilling action. You can assume the role of a large rolling bomb or a mechanized goblin in your bid to dominate the battlefield. On top of that, you also get to ride your own horse. This extremely fun game is intended for people of all ages.

PlanetSide 2 was a big hit back when it was released, but it quickly slipped under the radar as other, big-money games were released. However, for those who are looking for a fun shooter game that offers good graphics and gameplay mechanics, PlanetSide 2 is a great choice. Of course, it helps that the game has an extremely dedicated following that continues to keep the game alive.

Dota started off as an incredibly popular mod for World of Warcraft, and the potential for the game was recognized by Blizzard, who brought the original modders and turned it into a full-fledged game. Today, there are many knockoffs of other games that have tried to copy Dota, but the appeal and gameplay mechanics of the original are in a league of their own.

The original Tribes game was a bit hit among PC gamers, but everybody will remember Tribes: Ascend. The introduction of jet packs makes it a tremendously difficult game; try landing a hit in this game and you’ll be celebrating a single kill for several minutes. It is incredibly fast-paced, fun, and best of all, free to play. Of course, you can always pay to unlock more classes, guns, and characters, but even if you want to play a casual game, Tribes: Ascend is a great shooter.

No free PC gaming list can be complete without mentioning one of the largest franchises in the world: League of Legends. It is an incredibly popular MOBA that is active around the clock, and you are going to find millions of people playing day and night. There’s even an e-sports competition where you can win millions based on this game.